The seeds of this research were first planted during my postdoctoral fellowship under the late Professor Koji Nakanishi. During my time with him at Colombia University, we shared many vibrant scientific discussions. One of the many gifts that he helped implant into my brain was the fact that coumarin binds strongly to human serum albumin. Although I was unable to use this knowledge for anything concrete before his untimely passing, more than a decade on from that conversation, I am very happy to see that his wisdom is still influencing me in positive ways. For this obscure piece of information and everything that he has done for me and the scientific community, I would like to thank him from the bottom of my heart.

As a synthetic organic chemist specialized in natural products, it was never my intent to go and start developing artificial metalloenzymes. However, one of my research goals has always been to perform synthetic chemistry inside of living systems, which I want to use to make natural products in vivo. The gears of this work truly began when one of my postdocs, Kenward Vong, wanted to explore using a protein scaffold as a transition metal carrier. Remembering the coumarin/albumin interaction, we moved full steam ahead in this direction.

One of the challenges in using metal catalysts under biological environments is that they are easily inactivated or quenched. The main culprit is often cited as glutathione, one of the most abundant low molecular weight thiols in our bodies. Hoping to strike a homerun, I directed another of my postdocs, Shohei Eda, to test the reactivity of our albumin artificial metalloenzymes in the presence of glutathione. To everyone’s surprise, we found that glutathione addition had barely any effect on reactivity. Aside from the initial excitement, we were also perplexed about the mechanism. On more than one occasion, I jokingly questioned if Eda forgot to add the glutathione!

Step by step, our team analyzed the data and tried many different experimental setups. As shown in Figure 1, we finally came to the conclusion that physiologically charged metabolites, such as glutathione, are likely unable to enter the hydrophobic binding pocket of albumin due to its overall negative surface charge. As such, only hydrophobic substrates were shown to undergo ruthenium-catalyzed ring-closing metathesis.

Using this newfound biocompatibility, an opportunity finally opened for us to attempt the in vivo synthesis of natural products. Although we were skeptical at first, the choice of using umbelliprenin made by one of my postdocs, Igor Nasibullin, turned out to be the right decision. The added hydrophobicity of the prenylated side chain greatly augments binding to albumin, thereby increasing its reactivity. Using what we have coined a glycosylated artificial metalloenzyme (GArM), shown in Figure 2, we were able to successfully carry out localized umbelliprenin synthesis in vivo using various different cancer cell lines.

Not one to rest on our laurels, we are currently now more excited than ever to see what kind of other natural products we can synthesize in vivo next. In the meantime, please have a look at our latest paper published in Nature Catalysis. 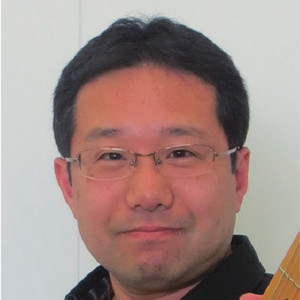