From Drug Discovery to Biosynthetic Studies of Pactamycin

Characterization of multiple enzymes involves in biosynthesis of the aminocyclitol antibiotic pactamycin reveals a key step involving the glycosylation of an acyl carrier protein-bound intermediate by the promiscuous glycosyltransferase PtmJ.

When Dr. Selman Waksman made significant contributions to society by discovering new antibiotics from soil bacteria in 1940s, the prospect of discovering new antibiotics from nature was excellent. During the following forty years of a fruitful drug discovery campaign, thousands of bioactive compounds were isolated from bacteria and fungi. But now almost eight decades later, the golden age of antibiotic discovery has long passed and it has become more and more difficult to discover new antibiotics. Nevertheless, numerous compounds isolated so far have made it to the market and been used in clinics as antibiotics, antifungals, anticancer agents, immunosuppressants, and antidiabetics, whereas many others have been shelved because of their unfavorable chemical and/or pharmacological properties.

Over a decade ago, when we were looking for a new project to pursue, we stumbled upon pactamycin, one of the compounds that had been shelved or underutilized despite its significant biological activities. This structurally unique aminocyclitol antibiotic was first discovered by scientists at the Upjohn Company in the 1960s, but never made it to the market due to its broad-spectrum toxicity. Pactamycin inhibits protein synthesis in all three phylogenetic domains: eukarya, bacteria, and archaea. Structurally, it contains a highly decorated aminocyclopentitol ring attached to an aminoacetophenone, a 6-methylsalicylyl, and a dimethyl urea moiety. Generating derivatives of pactamycin by chemical modifications to improve its properties appeared to be challenging at the time due to the complexity of the molecule. When we set out to work on this project, the idea was to generate analogues of pactamycin through biosynthetic engineering with the hope of finding better pactamycins with clinical potential. In fact, using this approach we were able to produce a number of pactamycin analogues with improved pharmacological properties and outstanding selectivity toward malarial parasites. As a prerequisite to this effort, detailed understanding of pactamycin biosynthesis in the producing bacterium Streptomyces pactum was needed. Our exploration of the biosynthesis has faced numerous challenges, but at the same time it has revealed many interesting aspects beyond merely generating new compounds. The study has led us to a suite of novel biotransformations ranging from unprecedented modes of formation of the precursors, an unusual formation of the aminocyclopentitol unit, to highly promiscuous tailoring enzymes.

In our recent paper in Nature Chemical Biology (https://rdcu.be/bKseW), we report the action of a set of discrete polyketide synthase proteins that convert 3-aminobenzoic acid to the 3-aminoacetophenone moiety of pactamycin via a 3-[3-aminophenyl]3-oxopropionyl-ACP intermediate. This acyl carrier protein (ACP)-bound intermediate is then glycosylated by an N-glycosyltransferase, which provides a sugar precursor for the formation of the aminocyclopentitol core structure of pactamycin. Additionally, we demonstrate that a hydrolase enzyme is responsible for the release of the ACP-bound product to a free 𝛽-ketoacid that subsequently undergoes decarboxylation. The study underscores the plethora of unusual biotransformations in Nature that remain to be discovered and it is up to the scientific community to find them. 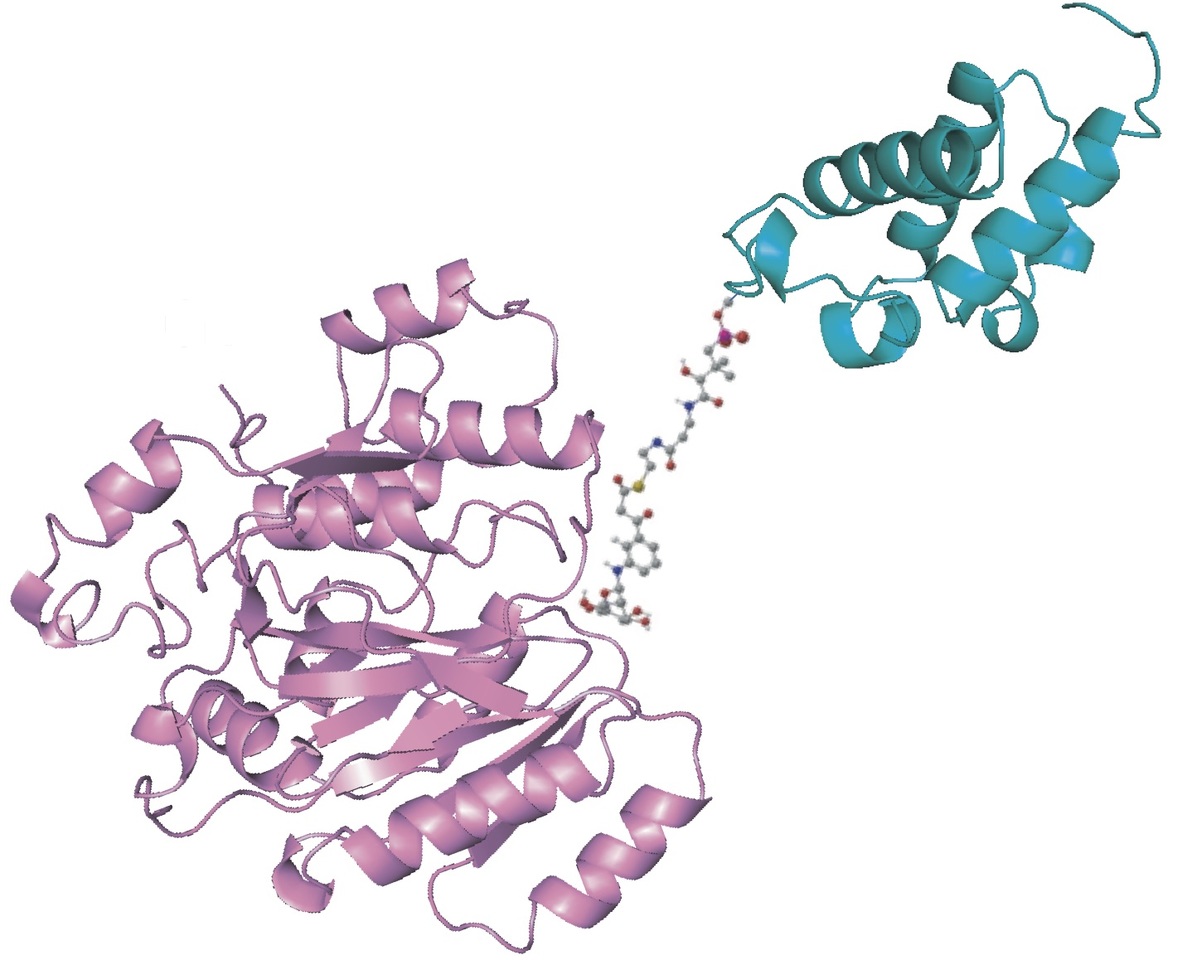 From Drug Discovery to Biosynthetic Studies of Pactamycin