Steve Liddle
Professor and Head of Inorganic Chemistry, The University of Manchester
Follow
Like Liked by Michal Filus
0

Back-bonding between an electron-poor, high-oxidation-state metal and poor π-acceptor ligand in a uranium(v)–dinitrogen complex - Nature Chemistry

In coordination and organometallic chemistry, back-bonding between an electron-rich, typically mid- or low-oxidation-state d-block metal centre and a ligand with accepting π* orbitals is widespread. Now, such an interaction has been observed between unlikely partners—high-oxidation-state uranium(v)…

In the Liddle Group we often try to make structural motifs that have long eluded isolation in actinide chemistry, but every now and again, when pushing the chemistry, chemistry surprises us with something that we didn’t expect and that has no right to exist.

In a recent paper in Nature Chemistry, we describe one such situation resulting from the reaction shown in the scheme above, where an electron poor, high oxidation state 5f1 uranium(V) ion is bonded to dinitrogen, ostensibly one of the worst ligands a metal can bind to, and there is no way anyone would ever have predicted that product.

In coordination and organometallic chemistry there is a bonding model, shown in the figure above (E = C, N, or O), taught to undergraduates around the world in which a ligand donates a lone pair of electrons to a metal and the metal back-donates some electron density into vacant acceptor orbitals on the ligand. This donor-acceptor interaction, by definition, requires a metal in a medium, low, or even negative oxidation state to be sufficiently electron rich to back-bond, the metal orbitals need to be able to spatially overlap with the ligand orbitals for that transfer to occur, and the ligand needs to have accessible acceptor orbitals for the back-bonded electrons to go into. It thus follows by definition that high oxidation state and electron poor metals should not engage in donor acceptor interactions and certainly not with dinitrogen which is one of the poorest acceptor ligands – indeed dinitrogen is usually so spectacularly inert that it is used as an protective atmosphere in many chemical reactions and huge amounts of energy are consumed to split it in Haber Bosch production of ammonia to make fertilisers.

The molecule reported in our study is therefore one of those molecules that should not exist because in addition to the aforementioned arguments the computed back-bond, shown above (with hydrogen atoms omitted from the model), involves a uranium 5f-orbital, which in the Periodic Table is not exactly one of the most expansive orbitals with which to overlap with ligands. So the odds are completely stacked against this molecule ever forming, yet we can routinely access it now we know it can be made – so how can this be?

Well, part of the story is the N2 obviously originates from an azide that is consumed during the reaction, and it is highly likely that, the N2 being in close proximity to the uranium as it is formed, the uranium grabs the N2 before it can make good its escape. The reaction concerned installs two U=NR imido linkages at uranium, and together with the already bonded U=C methanediide ligand it would seem that having three multiply bonded ligands at uranium renders it unusually able to donate its 5f electron to acceptor ligands, even a poor acceptor like dinitrogen.

This may be an unusual situation, but it shows how far the donor-acceptor rule can be stretched, and this may have implications more broadly, because a lot of dinitrogen activation chemistry is predicated on the assumption that low oxidation state metals are needed; but now this study shows that high oxidation state metals, under the right circumstances, might also support novel dinitrogen activation chemistry.

So, pleasingly once again we find that uranium can be a ‘rule-breaker’ supporting surprising chemistry that pushes the boundaries, and so ideas we previously would have dismissed as crazy might just be a bit more plausible now, which can only allow us to be more creative. 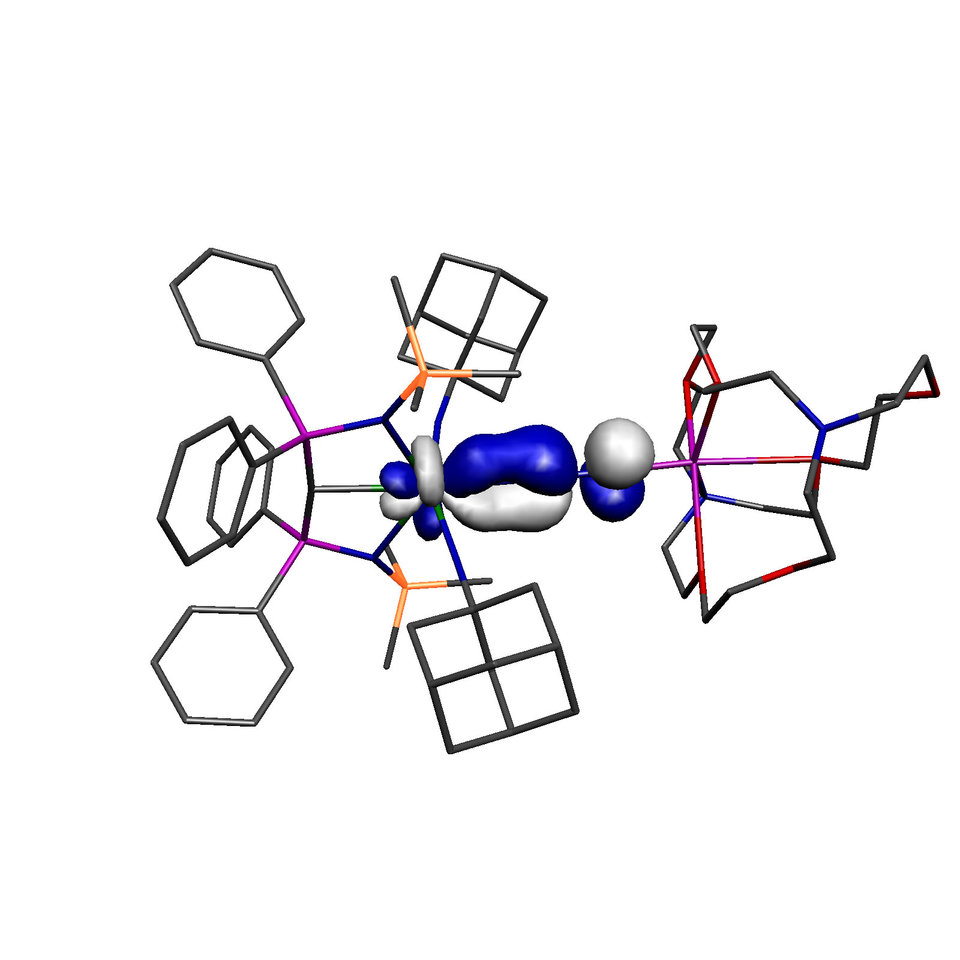