The chemical state of reaction intermediates revealed by photoemission tomography

We show that photoemission tomography is extremely sensitive to the character of the frontier orbitals. This can be used to identify the chemical states of reaction intermediates and products.

Searching for a method being able to identify the exact chemical state of reaction intermediates and products always has been and still remains a Holy Grail of analytical chemistry. This is particularly challenging in the case of surface reactions where many traditional approaches of chemical analysis are barely applicable. Well-established methods of surface science, such as mass-spectrometry, core-level or vibrational spectroscopies, do not always lead to unambiguous conclusions.

As an alternative, we suggest to image the frontier molecular orbitals as they are very sensitive to the exact chemical structure of a molecule. The method of photoemission tomography, which has been developed in recent years, is based on angle-resolved ultraviolet photoemission spectroscopy and allows to image photoemission fingerprints of electronic states in momentum space. It works particularly well for the π-states of planar aromatic molecule, but has also been successfully applied to fullerenes and extended two-dimensional materials. Combined with the theoretical simulations, photoemission tomography can directly connect real space distributions of molecular orbitals with the momentum distributions measured in photoemission spectroscopy. In this work we propose that such momentum space distributions, called momentum- or k-maps, can be used to identify the chemical state of reaction intermediates or products.

To prove this presumption we used the reaction of dibromo-bianthracene, which upon annealing at elevated temperatures, turns into graphene on Cu(110). As an intermediate step of this reaction, at 250°C the dibromo-bianthracene first transforms into an intermediate molecular specie. Comparing the k-maps before and after annealing, we observed a drastic change of the photoemission patterns (Figure 1) testifying that the reaction indeed happened and the new chemical specie appeared at surface. Furthermore, the more distinct k-maps after annealing prove that the reaction intermediate is better ordered on the surface.

Figure 1. Momentum-maps of the three frontier molecular states of the precursor dibromo-bianthracene before annealing (above) and the reaction intermediate after annealing at 250°C (below).

To clarify the chemical state of the intermediate, we compared the experimental k-maps to those of the three possible candidates: C28H14, C28H12 and C28H8. The latter two are in fact the partially dehydrogenated states of the former one, the planar pi-conjugated bisanthene often referred to as “nanographene”. Actually, for the surface reaction under study, C28H8 has been suggested earlier to be the intermediate. However, comparison of our theoretical k-maps for the two dehydrogenated species with our measured k-maps (Figure 2) allows us to exclude dehydrogenation of the intermediate and clearly indicate that intact bisanthene is formed on the surface.

At first, we were very surprised by such a strong “sensitivity” of photoemission tomography to the molecular periphery of bisanthene as removing even two hydrogen atoms significantly affects the results (Figure 2).  On second thought, however, it seems to be natural: the dehydrogenated carbon atoms would not remain unsaturated and establish chemical bonds to copper forming a molecule-metal hybrid. This immediately affects the “orbital” character and change the extension and symmetry of the molecular wave-functions – and this is what photoemission tomography is particularly sensitive for.

With this we demonstrate that photoemission tomography can be successfully used to reveal the chemical state of reaction intermediates and products. As this technique is neither constrained by the need for cryogenic temperatures, nor to planar surface species, we envision it to be a powerful companion to other techniques in the study of reaction pathways at surfaces. We are looking forward for finding other interesting applications of the method in surface chemistry. 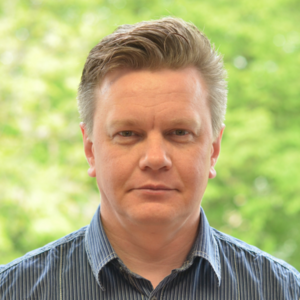