High concentrations of prebiotic molecules and dry–wet cycles are difficult to achieve in a submerged system. Now, it has been shown that temperature gradients across gas bubbles in submerged rock pores can provide these conditions. Molecules are continuously accumulated at the warm side of bubbles…

Where did life evolve on Early Earth? Unfortunately, we cannot go back in time and see for ourselves. What we can look for, however, are potential environments that could have allowed living systems to emerge. Since cells consist of 70% water, an aqueous environment such as the ocean comes to mind. In this setting, many of life’s building blocks can be synthesized and mixed by diffusion, which allows for various continuous pathways. This one-pot boundary condition, however, creates some obstacles on the way toward a complex, living system. One is that if life’s building blocks were produced in the oceans, they would, over time, have been diluted to infinity. This would have made them unavailable for further reactions. A second problem is that e.g. polymerizations are often condensation reactions, which are unfavorable in water. Such reactions would only proceed fast if drying steps are possible.

The goal of our biophysics group is to find non-equilibrium boundary conditions that could solve these problems and allow multiple prebiotic reactions in a single setting. Note that a non-equilibrium environment is of great importance, because it can locally reduce the entropy of a system and enable it to evolve. We use temperature gradients across small water-filled compartments as such a setting. It can drive chemical reactions and increase local concentrations in water-based systems. This is a likely scenario on early Earth, where e.g. volcanic activity (but also others, in principle, any heat source would have worked) could have partially heated porous rock in water. In our latest publication, we have discovered that by adding a small gas bubble to this system (usually something you want to avoid in microfluidics), many prebiotic processes are drastically improved.

Figure 1: Microfluidic chamber. a) Exploded view drawing of microfluidic structure. The backside is cooled by a water bath while the sapphire crystal in the front is heated by heater cartridges from 3D printers. The sapphire gives optical access to the chamber and connects to microfluidic tubing. b) The final chamber has a larger copper holder at its bottom, which connects the silicon wafer to the water bath. Screws press down the sapphire onto the structure, giving stability and making the chamber airtight

Experimentally, we use microfluidic chambers (Figure 1) to simulate pores inside rocks and to establish a temperature gradient across a water-filled compartment. The temperature gradient provides a continuous energy supply that pushes the system away from equilibrium. By adding the gas-bubble, we have found that it drives a continuous evaporation-recondensation cycle inside the bubble that accumulates molecules at its rim and allows for continuous dry-wet cycles (Figure 2, left).

After discovering this, we became enthusiastic about the system. The accumulation was both robust and did not depend much on the details of the geometry. Also, it was very fast equilibrating within only a few minutes. Experiments could be done easily using the microfluidics from Figure 1. These custom-built chips could be assembled within 30 minutes and several experiments were run each day. When we used polymers as target molecules, we obtained quickly the first results. We observed for example the formation of RNA hydrogels at the gas-water interface, a process that is very sequence selective. Selecting DNA or RNA from a pool of oligomers is considered essential for life’s evolution since they are responsible for storing information in all life forms.

But perhaps most notably, the activity of the Hammerhead Ribozyme was strongly increased at the interface. Ribozymes (RNA strands that are capable of catalytic activity) could have been an important steppingstone towards the first replicators. In our system, not only the ribozyme but also its substrate and Mg2+ (necessary for its activity) were accumulated. After we added small vesicles to it, they started to aggregate at the interface and encapsulate the RNA. While it is difficult to show that a ribozyme can be active inside these vesicle “aggregates”, we could show that RNA can fold inside them.

In addition, we could show that the dry-wet cycles at the interface facilitated dry-reactions.

Figure 2: Bubble in temperature gradient. Left: Water evaporates on the warm side of the chamber into the bubble and recondenses on the cold side, where it merges with the bulk flow. This continuous process draws molecules towards the warm side of the bubble (red area). In this region the catalysis of the Hammerhead Ribozyme is strongly increased, molecules crystallize around the bubble (see publication for details), self-complementary RNA condenses into hydrogels, dry-wet cycles allow dry-chemistries, and RNA is encapsulated in the presence of small vesicles (not shown).

We are therefore confident that this system can also be used to increase the efficiency of polymerization reactions. This is not only due to the dry-wet cycles but also the length-selective accumulation. Dimers, trimers, tetramers, and larger polymers are accumulated better, which increases the chance for them to bind and form even longer polymers. Due to the very small volumes below 10 µl and the, to our knowledge, currently very inefficient enzyme-free polymerization reactions this is unfortunately very difficult to do experimentally. But the possibility to have, in the same setting, wet and dry conditions, with fast cycling of the molecules between both states, offers unique conditions to enhance polymerization chemistries.

The fast accumulation of molecules and versatile applicability, spanning from crystallizations to dry-wet chemistries, polymer selection, and encapsulation mechanisms makes this setting a very promising candidate for the emergence of the first protocells.

If you want to know more about the system, click here. 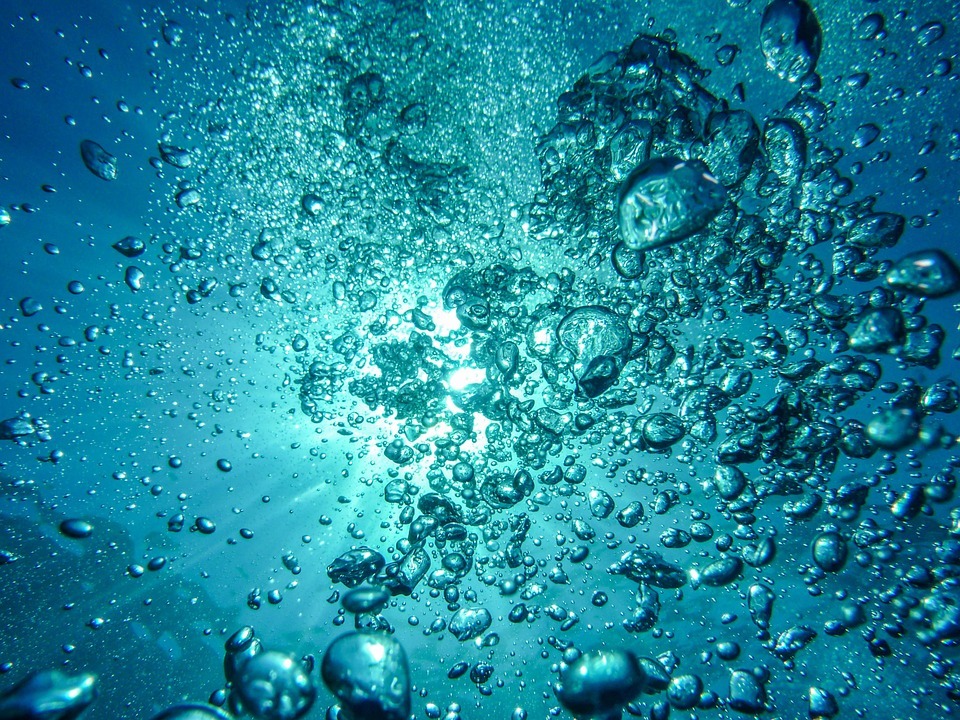