Carbon monoxide (CO) is one of the most important molecules in astronomy. It is the second most abundant molecular species in the universe just after H2, and widely distributed in interstellar cloud, protostellar nebula and protoplanetary disks. CO is the main gas phase reservoir of interstellar carbon and oxygen atoms. The photoabsorption and photodssociation of CO plays a central role in understanding the large isotopic fractionation effects which are apparent in carbon and oxygen in the solar system and molecular clouds due to its intrinsic photochemical properties.

C and O atoms are produced following the photodissociation of CO molecules after absorbing vacuum ultraviolet (VUV) radiation in the universe. The reactions between the photodissociation products (C and O atoms) and H2 would form hydrocarbons and water which are the most important molecules in the life origin. Significant isotopic heterogeneity of C and O elements among early Solar System objects has been observed for long time, which has not been quantitatively explained yet. The self-shielding model based on the photoabsorption and photodissociation of CO is widely accepted for understanding the isotopic heterogeneity in the solar system. The accurate location, intensity and width of absorption peaks for isotope substituted CO molecules are the key input parameters of the CO self-shielding model for quantitative prediction of the isotopic fractionation process of O at different positions in the solar system, which have been studied intensively. But on the other hand, the isotopic effect in the photodissociation process of CO, especially the influence on the branching ratios, has never been explored before yet.

It is known that there are three reaction pathways in the photodissociation process of CO, C(3P) + O(3P), C(1D) + O(3P) and C(3P) + O(1D), respectively. The chemical reactivities of the produced C/O atoms populated in the ground and excited states towards H2 are very different. That means the fractionation processes of C/O element in the interstellar space could potentially be affected by the isotope-dependent photodissociation branching ratios of CO.

For 13C substitution, the strong isotopic effect on the branching ratios of different photodissociation pathways in the VUV photodissociation of CO has been studied for the first time. Our measurements show that the amounts of electronically excited C and O atoms can be substantially changed by the isotopic substitution. This isotope effect strongly depends on specific quantum states of CO being excited, which implies that such effect must be considered in the photochemical models on a state by state basis. This could have potential great impacts on most of the current photochemical models for understanding the C and O isotope distributions in the Solar system. The detailed study of isotope effect from 13C and 18O substitution is being performed in our lab. 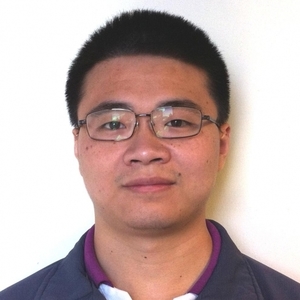