How to trick electrons to see the hidden faces

Sample support grids, typically used for cryo-EM applications, are likewise suitable for 3D electron diffraction experiments. We modified their carbon layer to create a chaotic landscape on the surface that overcomes the missing wedge problem intrinsic to transmission electron techniques.

Matter can be investigated by transmitting electrons through them. Since electrons interact very strongly with matter, the penetration depth is not much more than a micrometer. In crystallography, this makes electrons the perfect counterpart to X-rays for the crystals at the small end side.  However, a crystal structure is only complete when the crystal can be viewed from every side. With electrons as radiation source, this is impossible, because the metal bars of the sample holder, are much thicker than the sample. As illustrated in Fig. 1, the side of the crystal is hidden beyond a rotation about about 75 degrees in any direction. Unfortunately, most crystals resemble such a flat box and always end up on the sample support on the same face. Therefore, electrons cannot see the sides of the crystal.

During the beginner's course for electron microscopy at ScopeM, a student brought sample grids covered with nylon fibres. These fibres, part of Yeon Kyoung Bahk's research project, are used for potential sensors for air pollution control and were unrelated to the problem of shading in electron crystallography. However, the fibres create a chaotic surface. Hence, the crystals on the sample support do no longer fall flat on their side, but stay leaned upwards and reveal their side view to the electron beam.

An independent solution was realised by Julian Wennmacher, who had learned to prepare samples with a fine arts' brush during his master project with Clariant. When he would touch the ultra thin layer of carbon, supporting the crystal, the carbon layer detaches from the metal bars. As it curls up, it carries the crystals along into an arbitrary orientation to the electron beam.

This still does not permit a complete data set from a single crystal. At this stage, the best of two worlds met in the middle: the combination of data from several crystals is not well known in materials science, but very common in X-ray crystallography of viruses and other macromolecular compounds. We only needed about 5 crystals in order to complete our data sets even in space group P1, which is the worst case space group in terms of completeness.

We were again lucky, as the zeolite samples by Teng Li are very reproducible with a very uniform shape. Commercial ZSM-5 often looks much rougher, like cauliflower, and would not have been suitable for our studies.

As such, our results present a beautiful example that steps forward in research often start with picking your opportunities.

Find the full details of our results at Nature Communications. 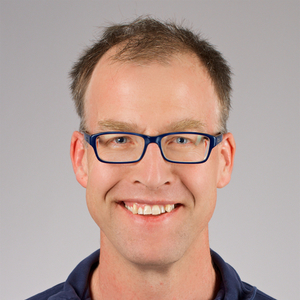 Head of Centre for X-ray Structure Analysis, University of Vienna