Composite metal-organic frameworks (MOFs) have received a lot of attention in the past few years due to the potential synergetic properties that can be attained from combining two or more of the constituent materials. In particular, given that there are over 70,000 MOFs that have been experimentally synthesized, the combinatorial possibilities to “connect” two different MOFs to form what is known as MOF@MOF materials is enormously large. Although few of the MOF@MOF materials do exist, due to the absence of credible information on the exact nature in which one MOF binds (i.e. “connects”) to the second MOF, there is overall lack of understanding on how these MOFs form, which also hinders our capability in designing these materials. As such, there is a mixed bag of experimental success, with (1) failed experiments, (2) composite MOFs with disordered surfaces, (3) issues regarding lack of reproducibility, and so forth. Overall, before starting this project it was our belief that the large materials space of composite MOFs has yet to be fully explored due to the absence of rational workflow that can optimize this search.  Moreover, we thought that it would be interesting to tackle this issue from a more computational perspective to hopefully engender new approaches to design in composite MOFs.

To remedy these issues, we developed a joint computational/experimental workflow (with computational work being conducted by the KAIST researchers while the experimental work being conducted by the UNIST researchers) that can screen thousands of MOFs and identify optimal MOF pairs that can bond to one another by taking advantage of the fact that the metal nodes of one MOF can form coordination bonds with the linkers of the different MOF (as well as its own linker). All of the MOFs yielded from our predicted screening results have been successfully experimentally synthesized in our work and they yield clean single crystals, demonstrating the power of our joint workflow.

To the best of our knowledge, this is the first instance where synthesis of composite MOFs originated from computational predictions. Our work can serve as a starting point to accelerate the discovery of novel MOF composites that can potentially be used for many different applications in catalysis, gas storage/separations, and other novel applications that have yet to be imagined. We believe that this work will be of great interest to scientists who are interested in composite nano-materials and as such we have high hopes on the impact of this work and look forward to discovering other classes of materials that can be synthesized in a similar fashion. 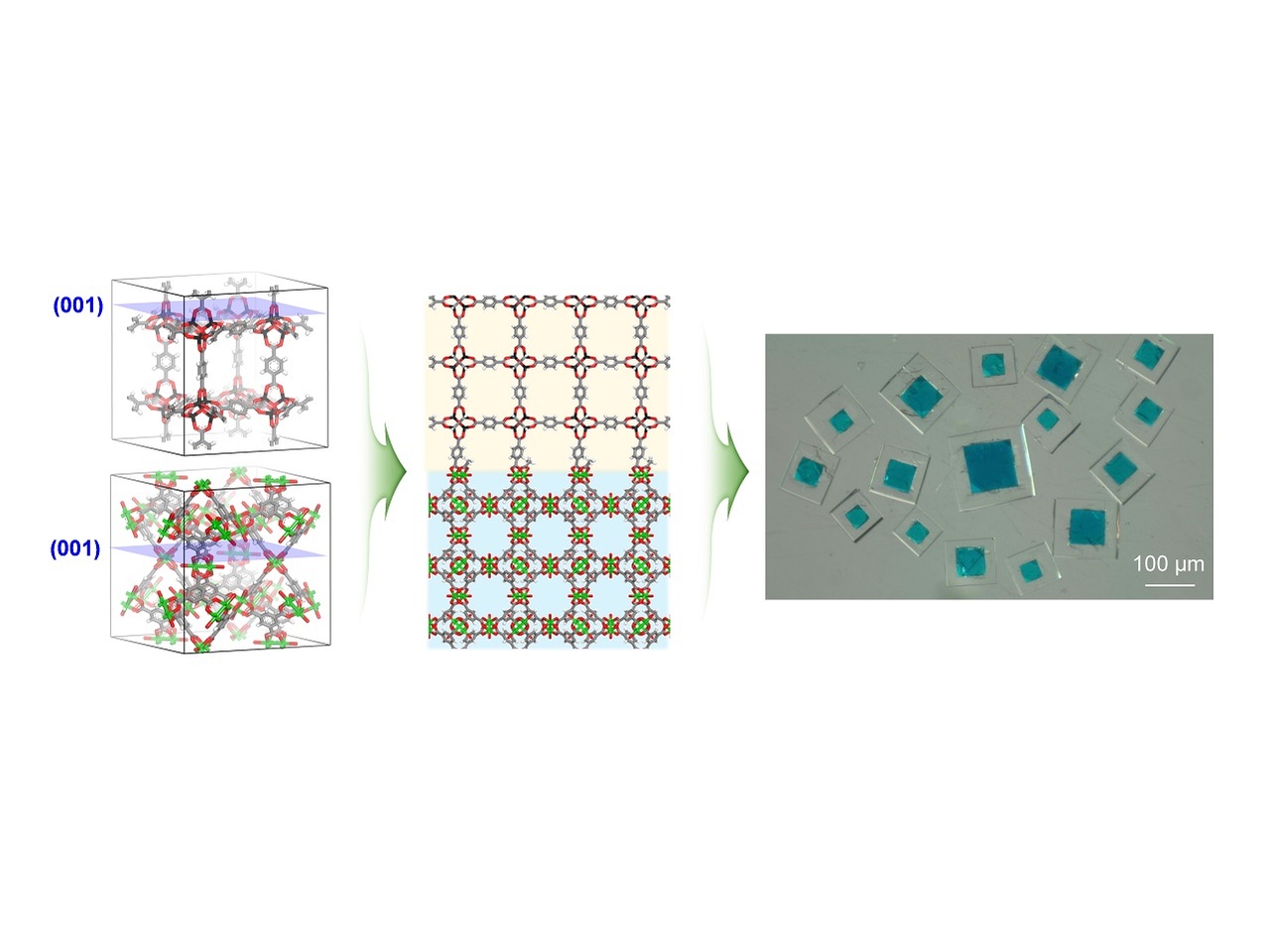