Menu
A community from Nature Research
Contributor Nature Chemistry
Behind the Paper, IYPT 2019

This is more of the story behind an isotopic IYE essay and a reminder of how Harold Urey's deuterium blasted two new elements into existence.

I’ve been long fascinated by the co-mingling of science and history, mostly relying on the work of others to satisfy my curiosity. That changed in 2010, when I found myself in a Gordon Conference (Stereochemistry!) food line with Stuart Cantrill. Stu and I first crossed paths in Bob Grubbs’ lab at Caltech back in 2005, and as of the GRC he was a few years into his Nature Chemistry gig. I always liked Stuart’s desire to shake things up, and that’s what we were talking about on a humid Rhode Island day: his already-hatched plan to adorn Nature Chemistry with one-page “In Your Element” essays. The conversation was brief but seismic, at least for me. I mumbled something about isotopes and who was going to look after them, and he said: “It sounds like you want to write about deuterium, would you like to?” Of course I did. What was not to like about the proposition? I’d been working with deuterium since my grad days with Frank Anet at UCLA in the late 1980’s, surely I could represent on behalf of the mass-2 isotope. And it was Stuart Cantrill’s Nature Chemistry asking, in a plastic fork food line no less, so how could I pass? I said yes, absolutely, affirmatively, yes.

I just didn’t know what I would write about. Was I worried? Well, yes, but I was also excited by the prospect of figuring it out. The path I took in formulating my IYE “The Deeds to Deuterium” essay (Stuart gets credit for the title) has been described in a separate blog post, entitled “Urey, deuterium, and the Rosenbergs.”

I’ll summarize: I went into the Mandeville Special Collections Library at UC San Diego thinking I was going to write an IYE about deuterium’s finder Harold Urey as the socially responsible Nobel Laureate who tried to stop the execution of Julius and Ethel Rosenberg. After two days of digging, I was still intrigued by the Rosenberg angle, but then I found correspondence from the 1930s between Urey and his co-discoverers regarding their difficulty in identifying names for the hydrogen isotopes, now known as protium, deuterium, and tritium. My IYE went in a totally different direction and revealed something new: that G.N. Lewis had pretty much pushed his former student Urey into picking the name. This was revealed in a letter[1] Urey wrote to co-discoverer Ferdinand “Brick” Brickwedde on May 23, 1933: “The thing I have against this [deuton/deutium] is the fact that Lewis suggested the name. I am getting to the point where I wish they would stop suggesting names so that I would not feel prejudiced against any of them.”

As we celebrate the International Year of the Periodic Table with IYE reflections, I thought I would kick off by highlighting the personal links between Urey’s deuterium and the creation of two new elements in, of all places, a 1950s era thermonuclear explosion. Later entries, like this one, will expand upon some aspect of Urey’s record that I became familiar with during my IYE research. If you are new to the world of Harold Urey and want an overview, I heartily suggest his National Academy of Sciences biography as a good place to begin.

My visit to the UCSD archive began with an unpublished Urey autobiography dated 1970. An interesting side note: this document appears to be the primary source for a 1971 children’s book, written by Alvin and Virginia Silverstein, entitled “Great Men of Science: Harold Urey, the Man Who Explored from Earth to Moon.”

In his autobiography[2], Urey wrote this about discovering deuterium: “I once thought deuterium would be as useful as to be produced in small amounts to be used for trace techniques in chemistry, and turns out to be an important part in the hydrogen bomb. I am sorry that it is part of such a destructive instrument as that, and I would be awfully glad if it were not.” Those lines didn’t make it into the children’s book.

Indeed, it was deuterium liquefied by Brickwedde that served as the fusion fuel for the first full-scale H-bomb test in 1952 on what was then the island of Elugelab in the Pacific Ocean. The 10.4 megaton Ivy Mike blast produced a lethal waste stream reaching 135,000 feet high and 100 miles wide.

Two new elements, Fermium and Einsteinium, were detected at the detonation site. Secrecy concerns delayed their naming until 1955, and both arrived with some degree of irony. As early as 1941, Enrico Fermi had suggested to Edward Teller that it might be possible to combine an atomic blast with a volume of deuterium to create a one-hundred megaton thermonuclear weapon. He remained engaged with this problem as late as 1950. He was conflicted about the H-bomb, however, and co-wrote a 1949 Atomic Energy Commission report arguing against development of a “super” bomb (yet the committee was in favor of further development of conventional atomic weapons).

And as noted by IYE(Es) author Joanne Redfern, Albert Einstein was an outspoken critic of the hydrogen bomb. He said this to Linus Pauling in 1954: “I made one great mistake in my life—when I signed the letter to President Roosevelt recommending that atom bombs be made; but there was some justification—the danger that the Germans would make them.” Urey likewise lamented the rise of nuclear weapons and worked hard to curb their development. It is remarkable that a mere 21 years transpired between deuterium’s discovery and its destructive deployment at Elugelab. It will take much longer for the environment to recover: many oceanic testing areas remain contaminated to this day, with radioactive containment complicated by rising sea levels caused by climate change.

Up next: What caused Harold Urey to lay the foundation for stable isotope paleoclimatology? 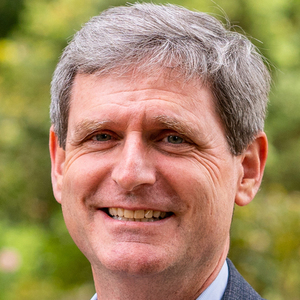 Dan O’Leary received B.A. degrees in chemistry and biology from Linfield College and earned his Ph.D. at UCLA (with Professor Frank A. L. Anet). Following an NSF postdoctoral fellowship at Harvard University (with Professor Yoshito Kishi), he became Assistant Professor at Pomona College, where he is presently the Carnegie Professor of Chemistry. He has also taught courses at MIT, Bowdoin College, and Caltech. His research interests are in the area of organic synthesis, isotope effects, nuclear magnetic resonance, and the history of science.
Follow

Ruth Milne
about 2 years ago

Thanks for continuing the story, Dan, it's fascinating!

Dan O'Leary
about 2 years ago