As a new research group, it was of utmost importance to us that our chemistry be impactful, and we sought above all to make a significant contribution to the field of synthetic chemistry. We needed to identify a synthetic problem worth solving, that would not only enable the synthesis of new compounds and facilitate the development of new methodologies, but would also make the lives of organic chemists a little bit easier. Our idea stemmed from the considerable expertise of the main investigator in aromatic nitration and his personal encounters with the hazardous nature of an electrophilic aromatic nitration.

Electrophilic aromatic nitration remains one of the most extensively studied transformations and has been performed for almost 200 years. Nitroaromatics have become invaluable intermediates in the preparation of various industrial products, pharmaceuticals and agrochemicals. Due to their vast importance, the synthesis of nitroaromatics has remained a subject of continuous study.  Even today, the ‘mixed acid’ approach to electrophilic aromatic nitration, which relies on a mixture of excess nitric and sulfuric acid, remains the most commonly used process for the synthesis of nitroaromatics on both laboratory and industrial scales. It’s unsurprising that such methodology suffers from a number of major drawbacks, including poor functional group tolerance and the generation of side products, as well as a number of environmental concerns due to the formation of nitrogen oxides and superstoichiometric amounts of acidic waste.

Our goals were clear; we aimed to develop a methodology for direct electrophilic aromatic nitration that is acid free and mild, is amenable to a broad range of arenes and displays an enhanced functional group tolerance. This methodology should also be practical and ideally should not require the use of overly air or moisture sensitive reagents or catalysts.

We speculated that an electrophilic nitrating reagent based on a tunable organic scaffold could offer a versatile approach towards the realization of such a process. Our studies commenced with the synthesis of a series of R2N-NO2 heterocyclic compounds based on pyrrolidinone, succinimide, phthalimide and saccharin core structures (Fig. 1a). We were pleased to discover that these reagents were all bench-stable, crystalline solids, and could easily be synthesized (Fig 1b).

It didn’t take us very long to discover that our succinimide reagent behaves as a source of the NO2 radical under photoredox catalysis, and was applied in the synthesis of nitroolefins, nitrohydrines and  isoxazole-derivatives (1) while the saccharin-based reagent was found to be a powerful nitrating agent for the synthesis of nitroaromatics (Fig. 1c) (2).

As we explored the scope of our reaction, it became evident that we had succeeded in developing a general protocol for the synthesis of a broad range of nitro(hetero)arenes. The reaction displays a remarkable functional group tolerance and can be used for the functionalization of complex molecules and bioactive compounds. Furthermore, the reaction does not cause evolution of nitrogen oxides and the reagent scaffold is recyclable.

Our protocol is general, practical, and so simple an undergraduate student could perform it and as such, we anticipate that our methodology will find widespread application both in academia and industry. More importantly, we hope that by making one fundamental transformation a little easier for organic chemists, we will facilitate new scientific discoveries across a range of disciplines. 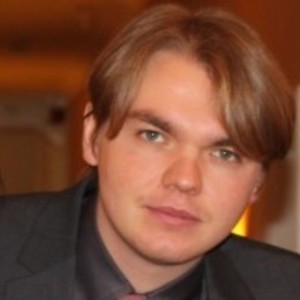