Cyphochilus beetle scales are one of the brightest whites in nature, their ultra-white appearance is created by the nanostructure inside their scales. Understanding this structure would provide a way to replace opacifying materials like TiO2 from paint, and so reduce the carbon footprint of paint.

The white beetle project arose as a collaboration between the University of Sheffield and the decorative paints division of AkzoNobel, who make Dulux paint. Inspired by Prof. Pete Vukusic’s Science paper on white Cyphochilus beetle scales (Figure 1), AkzoNobel researcher Dr. Andrew Burgess had the idea of using the inspiration of these scales to design a new generation of sustainable paints.

Figure 1.  An optical image of a Cyphochilus beetle

All white paints on the market today are made with the pigment TiO2, the extraction and processing of which is responsible for much of paint’s carbon footprint. However,the intense whiteness of the beetle scales arises, not from the high refractive index of TiO2 particles, but from a voided network within the scales. These are made of chitin, an organic material similar to that in fingernails and hair, which has a low refractive index, similar to most commodity polymers.  If the beetles can make a white without the use of TiO2, then it should also be possible for us to do the same.

Andrew Burgess brought together the soft matter group in Sheffield with Professor Andrew Parker at London’s Natural History Museum for a project with the aim of learning from biology to make more sustainable pigments (with support from InnovateUK).  I joined the project as a PhD student in 2014 and was tasked with determining design parameters for making white based on the beetle scale structure. This however, proved to be very difficult due to the fragile nature of the internal network. After various failed imaging attempts and discussions with experts in microscopy at Sheffield and Loughborough University, we realised that any data taken on scales which had been physically cut open was likely to be unreliable, due to the internal structure being crushed and distorted.

This revelation led me to the European Synchrotron Radiation Facility (ESRF) in France (Figure 2) where my colleagues and I performed X-ray tomography on intact scales which generated a large area 3-D data on the scale structure.

Unfortunately, to perform the X-ray tomography measurements the microscopic beetle scales had to be mounted perfectly straight on the tip of a needle, a process which took me several months of practice to master. However, all those hours staring down a microscopic were worth it, as the X-ray tomography data ended up being key to unlocking the design parameters within the scale as well as understanding the formation mechanism for the optical structure.

Video of the optical nanostructure in a Cyphochilus beetle scale, measured using X-ray nanotomography at the beamline ID16B, ESRF France

With these new insights we were able to dissolve clear plastic sheets, think transparency sheets if you remember overhead projectors, and process them into ultra-white films by introducing self-assembled porosity. We characterised our lab made white structure using a relatively new technique called spin-echo small-angle neutron scattering (SESANS) which allowed us to confirm that the structure was comparable to that within the beetle scales. This was working with scientists at TU Delft in Holland and then later an instrument called Larmor (Figure 3) at the ISIS Spallation Neutron Source at the Rutherford Laboratory in Oxfordshire.

The take home message from this work is that the mechanism through which we structured the white films is rooted in a phase separation mechanism that has been well studied since the 1960's, meaning that it can be generalised to a wide range of polymer materials. This opens up the possibility to make white paint or even new functional materials out of recycled materials, like commercial single use plastics. Also it's exciting that nature uses this process of phase separation to create useful structures in living cells.  There’s been a recent surge of interest in liquid-liquid phase separation within living cells, with cell biologists realising this process is widespread and significant, both in the normal functioning of cells, and in disease conditions, possibly including terrible neurodegenerative diseases like motor neuron disease.  But very little is known about how these phase separation processes are initiated and controlled. Much fascinating science remains to be done at this intersection of polymer physics and biology.

By Stephanie Burg and Andy Parnell 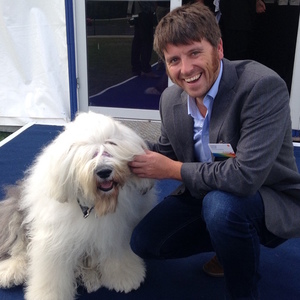