We reveal in the present work that a one-layer multi-atom oxo site (Pt-O-Pt ensemble) built from Pt single atoms is much more active than the single-atom parent catalyst for low-temperature CO oxidation, making the new group of catalysts attractive for application to emission control reactions.

Single-atom catalysts have garnered much attention in recent years because they greatly reduce the requirements of expensive and rare metals by stabilizing the supported metal atoms in a fully dispersed state and can often display excellent activity and selectivity. Single-atom catalysts can accelerate many reactions, such as CO2 reduction and C-H bond activation reactions. However, it remains an open question whether the single-atom catalyst delivers the optimal intrinsic activity for many other reactions, such as low-temperature CO oxidation (< 150 °C) that is both fundamentally and industrially important. We reveal in the present work that a one-layer multi-atom oxo site (Pt-O-Pt ensemble) built from Pt single atoms is much more active than the single-atom parent catalyst for low-temperature CO oxidation, making the new group of catalysts attractive for application to emission control reactions under oxygen-rich operation conditions that are typically seen in diesel, lean-burn gasoline, and hybrid vehicles.

Initially, we prepared a series of single-atom Pt1/CeO2 catalysts and studied their kinetic performance toward low-temperature CO oxidation. At that time, we expected Pt1 single atoms to be very active species. Instead, we later found that these isolated Pt1 atoms serve as an excellent platform for us to build a much more active Pt-O-Pt/CeO2 catalyst. By a mild activation treatment, these isolated Pt1 atoms pair into ~1 nm species through oxygen linkages and still retain 100% metal dispersion, and CO oxidation activity increases dramatically.

To understand how CO oxidation occurs on the Pt1/CeO2 and Pt-O-Pt/CeO2 catalysts, we needed to know their structures. Our theoretical team searched the possible structures of Pt1/CeO2 and Pt-O-Pt/CeO2 under oxygen conditions by state-of-the-art quantum mechanical modeling techniques. We found a Pt8O14/CeO2 structure is representative of the experimental Pt-O-Pt/CeO2 system based on multiple characterization techniques. Using a combined experimental-theoretical approach, we explained the unique CO oxidation activity of the Pt-O-Pt/CeO2 catalyst. Surprisingly, we found CO oxidation occurs on the Pt-O-Pt ensemble with a facile activation of oxygen intermediates, without direct participation of the ceria support. This is different from the classic Mars–Van Krevelen mechanism, where the reducible ceria support plays an important role in the reaction. Extending this design to other reaction systems is a likely outcome of the findings reported here.

Among our contributing authors, Dr. Wang completed her PhD dissertation defense in Prof. Shen’s group earlier this summer, and Wang is also the first PhD student advised by Dr. Yang. Wang plans to continue her research journey in catalysis, and to help more women students to stay in catalysis in her future career. Dr. Liu is a postdoctoral fellow in Prof. Goldsmith’s group at University of Michigan, Ann Arbor. The experimental-theory collaborative effort for this work began when Yang discussed this research concept and his questions with Liu and Goldsmith during the local Michigan Catalysis Society monthly events (where Yang and Goldsmith are both officers of the society now). From that point onward, this interdisciplinary and international collaboration really took off! We enjoyed the fusion of academic and industrial skill sets in addressing these outstanding scientific questions. 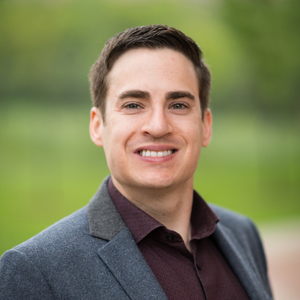