Chemical is the new thermal: Thermodynamic efficiency in dissipative chemistry

Out of equilibrium experiments with chemical systems are playing nowadays a role similar to thermal machines during the industrial revolution, at least in the way they challenge physicists. Time is ripe to set up a proper thermodynamic framework to characterize performance in such chemical engines.

The seeds our work ripened from were spread in the late 2016. At that time the editorial board of Nature Nanotechnology raised the need “to connect supramolecular chemistry to the out-of-equilibrium thermodynamic concepts being developed by theoretical physicists”, since “a firm grasp of the physical chemistry of out-of-equilibrium systems” was lacking [Nature Nanotech. 11, 909].

Meanwhile Massimiliano and Riccardo (my two co-authors) had already embarked on establishing a rigorous theoretical framework describing thermodynamics of open chemical reaction networks, beyond the typical close-to-equilibrium assumption and in terms of macroscopic concentrations [Phys. Rev X 6, 041064]. Actually, that paper was one of the reasons why I decided to apply for a PhD in Luxembourg University!

Despite the fertile ground, germination only started in the spring of 2018 during a conversation with Dr. Giulio Ragazzon. He was working together with Prof. Leonard Prins on chemical fuel-driven self-assembly in supramolecular chemistry [Nature Nanotech. 13, 882], where high-energy molecules can accumulate because energy get consumed (see figure). From the point of view adopted in our group, they were dealing with open chemical reaction networks where work is performed to induce a time-dependent change in the species abundances that could never be reached at equilibrium. In other words, the first stroke of a chemical engine!

By looking at open chemical reaction networks as chemical engines it became clear that we could use our theory to analyze and optimize their performance. Following on the heels of early thermodynamics for steam engines, we developed general and quantitative notions of efficiency and work valid for any dissipative chemical process. We used them to analyze two paradigmatic models inspired by supramolecular chemistry: energy storage – the time dependent accumulation of high energy species far from equilibrium – and driven synthesis – the continuous endergonic assembly and extraction of monomers which scarcely bind at equilibrium. For this latter, we found working conditions in which the system simultaneously maximizes efficiency and power, a very rare condition in the macroscopic world which may reveal a keystone in nature.

Since many of the functionalities of organisms are ultimately powered by chemical reactions, we hope that the fruits of our work will be helpful for system biology. Cells can indeed be thought of as highly evolved chemical engines which burn some fuel (usually ATP) to perform operations such as maintaining a nonequilibrium state or assembling molecules affording moving (e.g. microtubules) and other tasks.

The way towards a proper understanding of energy processing in biology and the development of new generations of chemically designed engines lies at the interface between physics, chemistry and biology. For this reason, we wrote the manuscript using a language accessible to people from different backgrounds: we believe that crossbreeding activities among various communities are important to make the field of dissipative chemistry a more and more blooming one.

The work was funded by the Luxembourg National Research Fund (FNR) and the European Research Council (ERC) project NanoThermo. I am also extremely thankful to Michela Bernini and Mitch Woodensteel for their artistic interpretation of our research in the poster image! 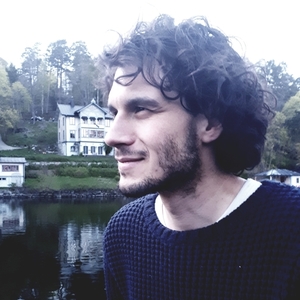