It is often said that “necessity is the mother of invention”; when there is a need, people will invent a way to fulfill it. In the case of the present study, serendipity played a major role in finding a way to reverse the redox disproportionation of Cu2O that has plagued its usefulness for CO2 reduction to synthetic fuels. This chance discovery, described below, begins with copper foam.

A surface oxidized copper foam was immersed into dilute HCl by accident, and the surprise observation of the resultant nanocubes on the foam by SEM inspired us to probe what those nanocubes were and what happened on the foam. A series of experiments revealed the many faces of Cu2O nanocubes with redox active surface frustrated Lewis pairs (SFLP) comprised of mixed oxidation state copper Cu (0, I, II) sites, oxygen vacancies [O] and hydroxyl OH groups. The nucleation and growth of the aforementioned Cu2O nanocubes, denoted as CF-Cu2O, was found to occur via a complex sequence of dissolution, complexation, precipitation, hydrolysis, hydroxylation processes as illustrated in Figure 1.

Compared with the Cu2O nanocubes sample devoid of the redox active SFLP, the CF-Cu2O nanocubes promoted the photocatalytic conversion of CO2 to CO, superior in dissociating H2, adsorbing CO2 and converting CO2 even at RT without light. Based on combined in-situ DRIFTS results and physical and chemical characterization data, a reaction pathway was proposed for the photocatalytic hydrogenation of CO2 by CF-Cu2O nanocubes (Figure 2). In this mixed valence SFLP scheme, H2 dissociates heterolytically on the surface of CF-Cu2O as shown in step 3 to step 4 to step 5. Water is eliminated in step 5 to step 1 creating an [O] vacancy and reducing Cu(I) to Cu(0). The adsorption of CO2 at an O and [O] site as a surface carbonate like species ensues in step 1 to step 2 facilitating the conversion to CO in step 2 to step 3, thereby completing the photocatalytic cycle. Both in-situ DRIFTS results at RT and in the light for CF-Cu2O indicate the quick appearance of Cu0, so the surface of CF-Cu2O will rapidly turn into mixed oxidation state copper Cu(0, I, II), oxygen vacancies [O] and hydroxyl groups OH and the photocatalytic cycle will start from step 1 and complete the reaction in the sequence of step 1 to step 2 to step 3 to step 4 to step 5.

The newfound ability to stabilize and activate Cu2O nanocubes with a redox active SFLP, provides a key step towards the practical utilization of this earth abundant, low cost, non-toxic material in myriad photocatalysis applications. 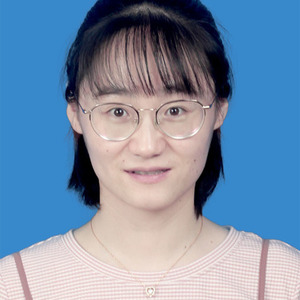