The use of exosomes as Trojan horses to deliver catalytic payloads to specific cells provides a means to exploit the potential of bioorthogonal catalysis in medicine.

Palladium is a powerful catalyst used in catalytic converters to transform harmful fumes from car exhausts into less toxic chemicals. It has also played a prominent role in the oil industry for decades and is broadly used in the industry-scale production of various drugs by Pharma and in most organic chemistry labs around the world. As chemists, we have learned to be cautious and treat this and other transition metal catalysts as hazards. However, in an unusual turn of direction unfolded in recent years, researchers have shown that palladium is harmless to cells and animals in amounts that serve to catalyse non-natural chemical processes. This has been applied, for example, to activate chemically-blocked enzymes within cells or to manufacture anticancer agents inside tumours. Despite remarkable progress on this new use of palladium, the challenge of delivering this metal to specific cells, organs or tissues remains a major barrier to unleash its catalytic power in the clinic.

Exosomes are small lipid vesicles secreted by most eukaryotic cells that can be taken up by recipient cells at short and long distances. The intercellular trafficking of exosomes provides an effective communication framework to exchange biomolecules and regulate physiological functions between parented cells, including cancer cells. This selective transport system is exploited by some viruses to spread and infect neighbouring and distant cells, and has inspired researchers to investigate their use to shuttle therapeutics into specific cell types. Now, in a collaboration between the Universidad de Zaragoza (led by Prof Jesús Santamaría) and the University of Edinburgh (Innovative Therapeutics Lab), it is shown that this communication system can be hijacked to deliver active palladium catalysts and perform abiotic chemistries into selected cancer cells (see Figure 1).

Figure 1: Preparation and use of palladium-loaded exosomes as tumour-targeting bioorthogonal nanoreactors.

Using a mild two-step method involving treatment of cancer-derived exosomes with a Pd (II) salt followed by reduction under a CO atmosphere at low temperature, we have developed a first-in-class bio-artificial vesicle that contains palladium nanosheets of approx. 2 nm in size (see Figure 2) and retains its inherent preferential ability to enter progenitor cells.

By separately harvesting exosomes from lung cancer or glioma cells and loading them with palladium, the functional capabilities of these multitasking devices have been proved with the cell-specific synthesis of the anticancer drug panobinostat in their respective cell of origin. Even if this novel approach is yet to be tested in more clinically-relevant models, our proof-of-concept study supports the potential use of exosomes as Trojan horses for the targeted delivery of metal catalysts to make bioactive agents or sensors not only at the primary tumour but also in metastatic cells. Could this be the birth of a new targeted therapy modality ―tentatively named exosome-directed catalyst prodrug therapy―?

If you want to know more about this work, click HERE. 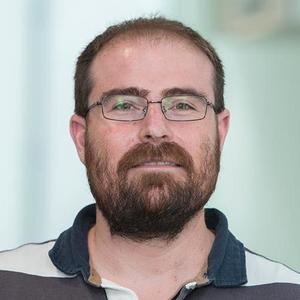 Working at the interface of chemistry and biomedicine
Follow