Enzymes such as peroxygenases are often the envy of the heterogeneous catalysis researcher.

They can activate uncreative C-H bonds to produce C-OH at room temperature, pressure and in aqueous solutions - much milder conditions than any heterogeneous catalyst. In addition they can achieve impressive regio and stereoselectivity while minimising over oxidation.

However in order to do this they require a constant low level supply of H2O2, as too high a concentration will cause inactivation of the enzyme. This can be achieved by either gradually adding large volumes of diluted commercial H2O2 solution, increasing the reaction volume significantly, or by a secondary enzyme system such as glucose oxidase, however this produces gluconic acid as a by-product gradually changing the pH of the system and complicating the reaction work up.

This project brought together a truly international cross-disciplinary team to seek a new solution. Expertise in heterogeneous catalysis (Cardiff University, University of Bath) direct evolution of enzymes (Institute of Catalysis, Madrid), biocatalysis (University of the Free State, Bloemfontein) and biological reaction engineering (University of Cape Town) combined to show that this new approach could result in combined heterogeneous/biocatalytic transformations which could be easily used and  scaled in the chemical industry.

We show in this contribution that it is possible to combine a heterogeneous catalyst, which reacts H2 and O2 directly to produce H2O2 with the peroxygenase in the same reaction vessel, facilitating C-H activation at mild conditions without any negative effect of the heterogeneous catalyst on the enzymatic processes.

These heterogeneous catalysts usually work at high pressure, low temperature and in acidic solvents containing alcohols -  conditions that would deactivate the enzyme. We now show that these catalysts are active enough to cross the “conditions gap” and can supply the H2O2 required at conditions more suited to the enzyme. This approach to C-H activation is easily scalable, compatible with current chemical infrastructure and results in clean transformations, as water is the only by-product.

Collaboration has been key to this project. Learning the “language” of each research field has allowed this project to develop. By visiting each other’s labs we have a much greater appreciation for the experimental procedure in the complimentary research areas, allowing us to better understand how they could be combined. We hope that these demonstrations of tandem catalysis will facilitate more cross discipline communication between the biocatalysis and heterogeneous catalysis fields to design reaction cascades for clean chemical processes. 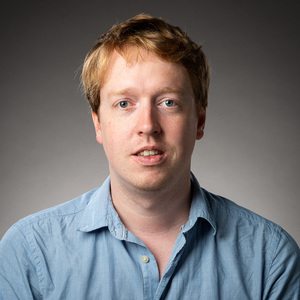