The Z phase, one of three fundamental Frank–Kasper phases—topologically close-packed structures commonly found in metal alloys—is associated with a relatively large volume ratio between its constituents. This means it is typically not formed in single-component soft materials. Now, a shape amphiphil…

Frank-Kasper (F-K) phases, a family of ordered structures formed from tetrahedrally close-packed particles with spherical motifs, are found in a host of materials such as metal alloys, inorganic colloids and various types of soft matters. So far, all 27 types of experimentally observed F-K phases can be constructed from the basic units of three fundamental structures called the A15, C15 and Z phases. In single-component soft matter, the A15 phase and C15 phase was identified in diverse systems. However, despite these extensive works, to the best of our knowledge, the Z has not been observed in any soft matter system.

We asked why the Z phase is typically not formed in single-component soft matters? There are two probable reasons. One is that a Z phase usually requires a comparably large volume asymmetry ratio between different constructing motifs (> 1.20), which is much larger than that of an A15 phase (< 1.10). Also, the Z phase requires a mean coordination number (13.428) much larger than the C15 (13.333) phase. The polyhedral motifs induced by deformation of soft spherical particles, used to access other F-K phases, may not be suitable to achieve two requirements of a Z phase, simultaneously.

Therefore, a new molecular design was necessary to achieve the Z phase. There are two principles to instruct molecular design. First, the number of molecules per motif should be small, thus, increasing or decreasing one molecule in a polyhedral motif can induce relatively large volume asymmetry. Second, the interactions between molecules should not be too strong, which enables the exchange of molecules between motifs.

Based on these two principles, we designed and synthesized a series of nano-sized shape amphiphiles, in which a triphenylene core is attached to six polyhedral oligomeric silsesquioxane (POSS) cages at the periphery through covalent linkers with tunable lengths. The relatively weak π-π stacking interactions among the triphenylene cores enable the segregation from peripheric POSS cages. Due to the tunable steric hindrance by the rigid and bulky POSS cages, these nano-sized shape amphiphiles tend to self-assemble into spherical motifs rather than one-dimensional columnar structure. We can finely tune the balance between π-π interactions of triphenylene and the steric hindrance of POSS cages by changing the length of the linkers. The self-assembly of these nano-sized shape amphiphiles result in a variety of highly ordered unconventional supramolecular lattices, including the Z phase with relatively large volume asymmetry (~ 1.33). We also investigated the behaviors and mechanisms of the phase transition between the A15 phase and the Z phase (Figure 1).

Figure 1. The molecular structure of Tp-C0-6BP, and its self-assembly behaviors.

In this work, the identification of this Z phase in nano-sized shape amphiphiles provides the last one of three fundamental structures to construct all 27 discovered F-K phases. We present a feasible method to reach a relatively large volume asymmetry ratio between assembled motifs. Therefore, ordered phases including but not limited to F-K phases formed by relatively large volume asymmetry ratios of two or more types of spherical motifs may no longer be out of reach for single component soft matter. 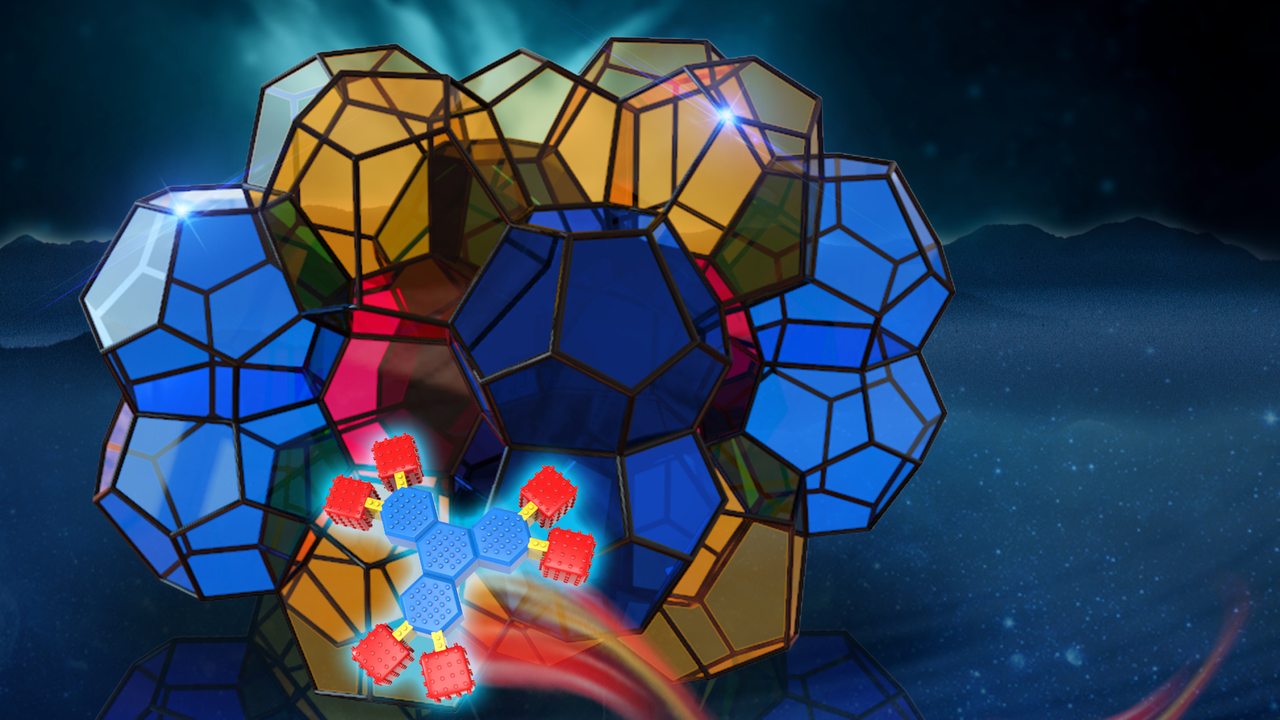