The natural amino acid methionine is thought to have little functional importance in proteins. Here we found that web spiders harness a unique property of methionine to tightly connect silk protein domains in fibers.

Spider silk is a fascinating thread that is synthesized by web spiders from large and soluble silk protein building blocks, so-called spidroins. Based on its low weight spider silk is tougher than virtually all man-made high tech material and thus a focus of current material science. Spiders synthesize silk through carefully controlled phase and structural transitions of spidroins during their passage through a spinning duct, which is located in the animal’s abdomen. A combination of mechanical and chemical stimuli within the duct lead to transformation of spidroins into silk. The molecular details of the process remain a mystery.

Our laboratory investigates folding and self-assembly of the terminal domains of spidroins, which connect them in silk. The amino terminal domains (NTDs) form tight dimers and thus polymerize spidroins upon a change of pH and salt composition within the duct.

During a scientific discussion after a talk I gave on the conference “Biomolecules and Nanostructures” held in May 2015 in Jaroszowice near Krakow in Poland, it was pointed out by a member of the audience that the sequence of the NTD was unusually rich in methionine. I wasn’t aware of this peculiarity at this point of time. The conference discussion set the starting point for several years of exciting research to come. We combined mutagenesis experiments with various biophysical techniques and spectroscopy to investigate the role of methionine in the NTD and made stunning observations.

Methionine belongs to the class of natural, hydrophobic amino acids and is rather rare in proteins. Its side chain is commonly thought to have little functional importance. But evolution placed methionine in high numbers into the hydrophobic core of spidroin NTDs. We speculated that these methionines must have a role. We tried a brave experiment that was actually bound to fail: we simultaneously mutated all six methionines that were present in the core of an NTD to leucine, an amino acid that is similar in size and hydrophobicity compared to methionine. Core mutations, in particular in high numbers, will commonly blow up a protein because side chains in hydrophobic cores are interlocked like a jigsaw puzzle. But to our surprise, the six-fold mutant, we coined L6-NTD, was stabilized dramatically compared to the wild-type protein. Its speed of folding was on the microsecond time scale and faster than observed for any protein of this size. We believed that such dramatic changes of stability should almost certainly be accompanied by structural changes of the domain. We teamed up with the laboratory of Ute Hellmich in Mainz and solved the solution structure of the six-fold mutant using NMR spectroscopy. To our surprise, the structure of the mutant was superimposable with that of the wild-type protein, i.e. , there was no change of structure. We thought that a stabilized protein of preserved structure will certainly retain functionality. But we were mistaken again. We found that L6-NTD lost the ability to form tight dimers. In fact, the equilibrium dissociation constant increased 1000-fold from originally 1 nM of the wild-type protein to µM of the mutant. How can a modulation of amino acid side chains in the core of a protein domain influence its binding interface located on the surface? Using NMR spectroscopy and single-molecule fluorescence fluctuation analysis we investigated the dynamic properties of the domain. We found that methionine facilitated native-state dynamics and was responsible for driving changes of secondary and tertiary structure. Methionine-driven conformational dynamics allowed the protein to adapt its shape and to thereby form a perfectly self-complementary association interface. The result was a dramatic enhancement of binding strength.

The observed effect can be explained by a unique property of the side chain of methionine, which has already been reported in the early 1990s. The side chain of methionine contains a thioether bond, which has a low energy barrier to rotation. The low energy barrier to rotation induces an unusually high flexibility of the side chain compared to the ones of all other 19 natural amino acids. When methionine is placed in the hydrophobic core of the NTD, the flexibility of its side chain is apparently transferred onto the entire fold, which makes it malleable.

We believe that our findings will have fundamental implications in protein engineering and design as well as in material science. We may be able to improve protein functionality by mobilizing protein structures through interspersion of methionine residues into their cores, like web spiders do it. 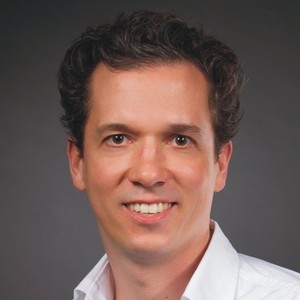