Say no to O2: Realizing reversible oxide-peroxide conversion within a sealed cell

The working mechanism of nonaqueous Li-O2 battery (LOB) technology is based on the redox reaction between O2 and peroxide (Li2O2). Within the past 10 years, our group closely keeping up with the development pace of LOBs, which can be generally separated into two stages: the initial “solid catalyst” period and the advanced “redox mediator” period. However, among the varying scientific and engineering challenges, the employment of gaseous O2 (as active species) becomes the most essential obstacle against the practical application of LOB, since the gas open system requires burdensome O2 storage/purification devices. Besides, the O2 crossover and volatilization of electrolyte also trigger us to design a non-O2 sealed cell environment (illustrated in Fig. 1).

Recently, battery researchers become infatuate in triggering the lattice oxygen activity from oxide state to a peroxo-like state within transition metal (TM) oxides cathodes (Li/Na-rich cathodes, P2-type layered cathodes, etc.), which is so-called O-related anionic redox activity. Even though being stabilized by the covalent TM-O bond, the practical potential (typically beyond 4.0 V vs. Li/Li+) presents far more polarized beyond the thermodynamic equilibrium potential of peroxide decomposition (around 3.0 V vs. Li/Li+). As a result, irreversible O2 evolution and related structural distortion would seriously influence the rechargeability. Moreover, dragged by the heavy TM-ion within lattice, the specific capacity triggered by O-related anionic redox presents very limited (below 100 mAh/g~cathode). Thus, why not give up using lattice TM, but only introduce trace amount of TM nanoparticles to warp the surface of pure Li2O and restrain the O2 evolution? Followed by this idea, we took nearly 2 years and tried to control the Li2O/Li2O2 (oxide/peroxide) conversion within a non-O2 redox region.

By pre-embedding Li2O nanoparticles into an iridium-graphene (Ir-rGO) catalytic substrate, we successfully controlled the charging potential within a moderate region to avoid over-polarization (see Fig. 2). By controlling the charging depth (400 mAh/g~cathode), we restrained the irreversible O2 evolution and superoxide production. Being stabilized by the inter-metallic Li2-xO2-Ir compound formed on the particle/substrate interface, we finally confined the O2-free reversible Li2O/Li2O2 interconversion within sealed cell environment. Although, the deep catalysis mechanism still requires further atomistic investigations, we have in mind that our design route would open up a new field for the development of anionic redox related battery researches, and triggers a design direction for synergistically combining the electrode and electrocatalyst materials, engineering the next-generation high-energy-density battery technologies. 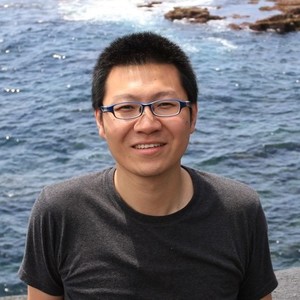