Our team discovered the cerium superhydride with 3-dimensional atomic hydrogen sublattice at one megabar pressure with laser heating.

Metallic hydrogen and hydrogen-rich superhydrides are expected to be room temperature superconductor. Metallization of pure hydrogen is expected at monstrous pressure of around 5 megabar magnitude, whereas, superhydrides were predicted to stabilize at lower pressures than required for pure hydrogen. This idea triggered the theoretical and experimental research on hydride-based superconductors. Many binary superhydrides with unusually high-hydrogen content were predicted to become stable at high pressure by crystal structure prediction method. Following to theoretical predictions, in the year 2015, H3S was reported to have Tc of 203 K at 200 GPa (Drozdov et al 2014) and very recently in 2019, lanthanum superhydride LaH10 discovered with record high-Tc of 250 K at 170 GPa. (Drozdov et al 2019)

Around three years ago, I moved from India to join Center for High-Pressure Science and Technology Advanced Research (HPSTAR), China as a postdoc. With the motivation to explore the hydrides, I began to work with Prof. Jung-Fu Lin from The University of Texas at Austin (UT Austin), USA. We proposed to work on the synthesis of binary superhydrides predicted for Tc close to room temperature. Most of the superhydrides were predicted to become stable at a pressure around 2 megabars. Our preference was for the elemental reaction at high pressure-high temperature condition to avoid any unwanted reaction. We carried many in-situ high-pressure laser heating experiments using symmetric diamond anvil cell (DAC). It was quickly noticed that synthesis of binary superhydrides involves lot of experimental challenges, due to the presence of hydrogen. Compressing hydrogen at such high pressures is very dangerous and most of the experiments fail due to premature breaking of the diamonds. Certainly, this type of pressure would also restrict the investigation of superhydrides only to the techniques such as XRD, Raman or electrical conductivity measurement. Other techniques such as Mössbauer, NMR or magnetic measurement would involve additional challenges while studying superhydrides at very high pressure. We thought that it would be interesting to synthesize superhydride phases at lowest possible pressure so that other techniques can also be used for in-depth understanding of superhydrides.

In August 2017 at AIRAPT conference in Beijing, China, we met our theory group collaborator Prof. Artem Oganov from Skolkovo Institute of Science and Technology, Russia and discussed the project. Following our discussion, his associate Ivan Kruglov from Moscow Institute of Physics and Technology shared the preliminary theoretical predictions about the stable superhydride phases of the cerium-hydrogen system at 100 GPa i.e. 1 megabar. Around the same time in 2017, Peng et al also published their theoretical predictions on many rare earth-hydrogen systems but their article was mainly focussed on YH10 phase and other rare earth hydride systems were not studied thoroughly by them. But, the confirmation by two independent theory groups helped us to zero on the cerium-hydrogen system.

I planned the experiments during our beamtime in October 2017, but due to some technical problem in sample preparation, we did not run the experiment. Later, in February 2018, I prepared the samples again. Experiments carried under the supervision of Prof. Jung-Fu Lin at beamline13-IDD of GSECARS, at Advanced Photon Source (APS). The elemental reaction between cerium and hydrogen carried to synthesize new cerium hydride phases (see Figure 1). Cerium superhydride CeH9 phase was successfully synthesized at 80-100 GPa with the help of pulse laser heating. We also synthesized a new CeH3 phase with β-UH3 type structure at 33 GPa with pulse laser heating. Theoretical calculations were carried to understand the structure and dynamical stability and superconducting properties by Dr M. Mahdi Davari Esfahani from Stony Brook University, USA. Careful analysis of experimental and theoretical data concluded that CeH9 crystallized in clathrate structure with space group P63/mmc structure, in which each cerium atom is surrounded by dense 3-dimensional atomic hydrogen cage. Comparison of nearest H-H distance in CeH9 with simulated atomic metallic hydrogen and other poly/superhydrides suggested that hydrogen sublattice of CeH9 at 100 GPa is the closest analogue to atomic hydrogen. Estimated Tc of CeH9 is 105-117 K at 200 GPa and 63-75 K at 100 GPa. We believe that our results will motivate the synthesis of superhydrides phases at the lowest pressure. Further studies on CeH9 would be interesting to understand its superconducting properties.

This work is also co-authored by Prof. Youjun Zhang from Sichuan University, Prof Jianshi Zhou and Prof. Yaguo Wang of UT Austin, Dr Eran Greenberg and Prof. Vitaly Prakapenka from GSECARs at APS and Dr Jin Liu from HPSTAR. The preprint of our article was available on arxiv since May 2018. Read the complete story at Nature Communications 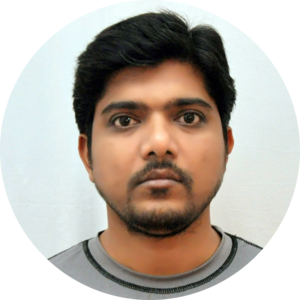