The organization of the reacting species in microstructured, aqueous solutions allows for a generation of carbon-centred radicals from non-activated alkyl chlorides.

“Photocatalytic activation gives access to reactive intermediates under mild reaction conditions using simple and inexpensive equipment.” This or similar sentences can be found in almost every paper dealing with photoredox catalysis. Problems start when we try to activate particularly stable compounds, e.g. compounds displaying very high or very low redox potentials. One solution that has been extensively developed in the group of Prof. König is the accumulation of the energy of multiple visible light photons in one catalytic cycle. Following the example of biological photosynthesis, they developed the consecutive photoinduced electron transfer (conPET) using perylene bisimide (PDI) and Rhodamine 6G or anthraquinones as photoredox catalysts. This strategy allowed to activate aryl iodides, bromides and even chlorides.1–3

At that time, Goez, Kerzig, and Wenger pioneered the area of photocatalytic activation of stable C-Cl bonds by reporting multiple systems for the activation of various water-soluble chlorides via the generation of solvated electrons4–7 or triplet-triplet annihilation upconversion in aqueous solutions8. The authors proved that the interfacial film formed by the sodium dodecyl sulfate (SDS) stabilizes the reduced form of the photocatalyst by suppressing the back-electron-transfer to the sacrificial electron donor. Despite the tremendous importance of these methods, the problem of the activation of stable, hydrophobic alkyl chlorides was still unsolved.

And this was the kind of challenge we were searching for! We first imagined and then designed the assembly-promoted single electron-transfer (APSET) strategy, in which the reacting species are compartmentalized in a microheterogenous, aqueous solution. By using micelles as reaction environment not only solubilisation of the alkyl chlorides should be provided, but also a favourable pre-aggregation in space with the hydrophilic chlorine atoms pointing towards the surface of the micelle. Such close proximity to the photocatalytic Ir-complex should facilitate the single electron-transfer (SET) to the substrates and thereby the generation of radical anions. In order to achieve the required assembly of hydrophobic reaction components and tune the activity of the photocatalytic system, we investigated and optimized the structured solutions. This improved the stability of the reduced Ir-photocatalyst and allowed for engaging non-activated alkyl chlorides in radical dehalogenation, addition as well as cyclization reactions.

The developed method is operationally simple and utilizes standard, cheap and commercially available blue light LEDs. Mechanistic investigations suggest that the reaction utilizes the energy of two blue-light photons in a conPET manner. We believe that these results pave the way for further application of non-activated chlorides as alkyl radical-source for organic synthesis.

You can read the full story here. 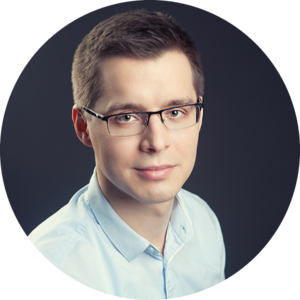