Chemists and biologists have long suspected that life on earth first arose from simple chemical polymers known as ribonucleic acids (RNA). On the surface, these chains look deceptively unassuming. They contain repeating units made of sugars that are linked together by charged segments called phosphates. The immense complexity of RNA comes from its sequence of information-carrying nucleobases – flat molecules that fit together like a jigsaw puzzle. Contemporary life uses two kinds of these bases, called purines and pyrimidines. With the right sequence, RNA can accomplish all sorts of tasks, from making new chemical bonds to creating faithful copies of itself and even evolving.

The pervasive “RNA World” hypothesis has, however, suffered from its own paradox: what built the building blocks? Everything got shaken up when Stanley Miller, a great pioneer in the field, discovered that amino acids could be made from a simple mixture of water (H2O), methane (CH4), ammonia (NH3), and hydrogen (H2). Thanks to this and other recent ground-breaking discoveries, few question the likelihood that peptides could have plausibly existed on the early earth. Synthesising ribonucleotides on the other hand, remains a far greater challenge. Besides involving many more bonds and atoms, everything needs to be put together in the right order. To further complicate matters, pyrimidine ribonucleotides cannot be made by simply combining their constituent parts (nucleobases, ribose and phosphate). Although separate prebiotic pathways to both the pyrimidines and purines have been reported, until now no single approach leading to the complete set of canonical nucleosides was known.

To address these challenges, we began by using a classical problem-solving strategy called retrosynthetic analysis. With a pen and paper, we essentially worked backwards, starting from complex molecules until we got to the simplest ones we could think of. It occurred to us that nucleobases could in fact be coupled to ribose, provided that they were first unravelled to expose their nucleophilic functional groups. For the pyrimidines, this meant partially masking the reactive functionality through a relatively weak N-O bond in the form of an isoxazole ring. We observed that this bond could be broken in the presence of a tiny (0.0001 eq.) amount of an iron catalyst to reveal a reactive aldehyde. Everything is then zipped back up to complete the pyrimidine ring. Finally, we showed how each “unravelled” nucleobase can be built up in a stepwise process starting from a common precursor, cyanoacetylene.

A unified prebiotically plausible approach that yields both purine and pyrimidine nucleosides.

A key consideration was the separation and physical enrichment of reaction products – nature, after all, doesn’t use column chromatography. We discovered that by cycling between wet- and dry-phases, impurities could in many instances be separated, leaving us with pure nucleobase precursors. This even allowed us to combine everything together, making all four RNA nucleosides in a single continuous experiment. The combined syntheses were synergistic in a number of ways, for example, one compound served as a solvent or catalysed the formation of another. When further combined with certain minerals found in the earth’s crust, we were even able to obtain nucleotides via regioselective phosphorylations, as has been demonstrated by the Benner group.

Though we cannot definitively (short of time travel) show how the first RNA was assembled, here we provide one more piece to the expanding puzzle. Indeed, the lack of definitive information about the prebiotic earth poses a big challenge for the discipline, and many questions remain unanswered. Only through a diverse and detailed picture, however, can we begin to grasp at our possible origins on earth and in the universe.

Be sure to check out the full paper in Science. 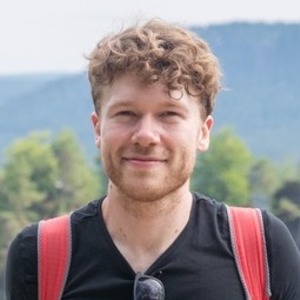