Essentially, muscle contraction results from an interaction between the actin and myosin filaments that slide against each other. Key features of this effective chemo-mechanical transduction are i) the movement starts bottom up, with active molecules, ii) these active molecules are embedded in an anisotropic system that orients the action of the molecular motors, so they can all work in the same direction, and iii) the helical geometry of actin and myosin fibers is associated with enhanced mechanical properties.

Based on these key elements for mechano-transduction, we and others have developed shape-transforming materials – liquid crystal polymer networks in which molecular switches are incorporated covalently, so that their light-activated movement induces sophisticated shape changes. These materials display versatile actuation modes in response to light and have thus been compared to artificial muscles [1].  However, muscles do not only contract when at work, they are also capable to adjust their mechanical properties to their load and typically they stiffen when they are activated. In the absence of active stiffening, any exerted force would elongate the muscle instead of generating useful work. Such an energy loss by softening is actually what happens in the liquid crystals-based artificial ‘muscles’ that have been developed so far, because their illumination irremediably leads to softening by fluidization [2,3].

Already at an early stage in our investigations we were convinced that it must be possible to find ways around the light-induced softening that accompanies the versatile shape changes in liquid crystal polymers. We found the right strategy upon reading the work of Style and coworkers [4], which shows that by creating non-miscible liquid inclusions in a soft solid, interfacial tension is created that can oppose the stretching. Consequently, the material is stiffer than in the absence of inclusions – it is counter-intuitive that the ‘solid’ gets stiffer when liquid is added to it! This work inspired us to design a dynamic counterpart where tunable stiffness is associated with dynamic interfaces.

When adding enough non-miscible liquid crystal to the liquid crystal polymer network, we discovered that irradiation induces not only a shape change in the material but also a stiffening. Our understanding of the process is that when the molecular switches photo-convert from a rod-like isomer into a more polar and crescent shaped isomer, the network becomes (even) less miscible with the liquid crystal inclusions and interfacial tension is thus enhanced, resisting deformation of the material.

From our earlier works we know how to prepare liquid crystal polymer springs [1] and we have demonstrated these winding or unwinding springs display a nonlinear response to pulling [5], like all soft springs do [6]. Significantly, springs made out of the photo-stiffening material we have designed demonstrate the typical mechanical response of a muscle fiber, with a nonlinear response that gets stiffer with light, instead of softening [7].

Our bottom-up approach is rooted in the chemistry of artificial molecular machines and adds to recent work that demonstrates how twisted shapes can improve artificial muscle design [8,9,10]. The exciting implication of our discovery is that adding mechanical adaptability to shape-shifting soft materials will bring them one step closer to societal usefulness. 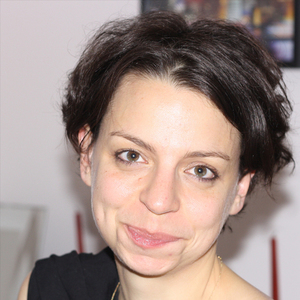