Photochemical reactions (PCRs) have long been widely involved in many aspects. In our recent Nature Communications paper we demonstrate the suitability and possibility to adapt nanosecond PCR (nsPCR) with mass spectrometry (MS) for multiple analytical measurements and biological applications.

Simultaneous protein identifications and their structural probing are frequently beset with tedious, multistep and structural perturbing sample preparations. The resultant relatively independent workflows for each other have thus discouraged their applications in rapid and reliable probing of biological and medical events. In this work, we are presenting a “Two-Birds-With-One-Stone” photochemical strategy for a trade-off between large protein structural probing and on-demand matrix removal (Figure 1). The nsPCR is designed to enable simultaneous high-throughput, highly efficient protein labeling and on-demand matrix removal at nanosecond timescale and micrometer confined environment. The labeling occurs between the nsPCR product, 2-nitrosobenzoic anion (NS-), and primary amine groups at the N-terminal and lysine residues of proteins. The on-demand matrices removal benefits from the composite effects of local pH-jump effect, photochemical microscale electrophoresis and microscale thermophoresis. The labeling efficiency for various sample types has been demonstrated to be as high as 90% with a high-throughput feature. The nsPCR has revealed the stabilizing effects of terminal sialylation on glycoprotein 3D structures for the first time, which offers unique features and capabilities that cannot be readily achieved using a typical gas-phase structural analysis tool, ion mobility-mass spectrometry.

The innovative aspects of the work can be summarized below: 1) Discovery of a rapid, efficient and high-throughput structural probe for large proteins; 2) Development of a broadly applicable and rationally designed laser-irradiated click chemistry approach; 3) First report on simultaneously tagging and desalting proteins by developing an ambient MS “probe”; 4) Applications to the in situ/on-tissue visualization of neuropeptides and other biomolecules.

The key idea of nsPCR stemmed from reading a previous JACS publication by Braun and coworkers (J. Am. Chem. Soc. 2016, 138, 5363−5370) when the first author of our current paper Dr. Gongyu Li was in transition from a PhD student at Professor Guangming Huang’s group (University of Science and Technology of China) to a postdoc at Professor Lingjun Li’s lab (University of Wisconsin-Madison). The Braun group reported the induced electrophoretic transport by a confined photochemical reaction and employed an optical approach to quantify biomolecular binding strength. Inspired by the use of photoactive compound 2-nitrobenzaldehyde (NBA), which releases a proton upon UV laser irradiation, and generates amine reactive species, Gongyu began to explore its utility in matrix-assisted desorption ionization (MALDI)-MS in terms of alleviating ion suppression effects.

Our group has been long interested in methods for in situ analysis of neuropeptides and proteins directly from tissue samples, which is often plagued by ion suppression effects. Based on the past experience on ion suppression effects in both ESI (J. Mass Spectrom. 2014, 49, 639-645) and MALDI systems (Rapid Commun Mass Spectrom. 2019, 33, 327-335), Gongyu was excited to observe signal enhancements with the help of NBA modification for numerous biomolecules, initially focusing on neuropeptides and large proteins. Apart from signal improvement, a more intriguing observation was the detection of several new peaks generated from the mixed MALDI-MS cocktail. Further examination revealed that these additional peaks were due to specific NBA labeling of primary amine groups at the N terminus and lysine residues, thanks to useful discussions with Dr. Yu Feng from the Li lab.

From the initial submission to final acceptance of our revised manuscript for publication in Nature Communications, we greatly appreciate the reviewers and editor for their insightful and constructive comments to allow us to continuously improve this work. Currently in the Li lab, we are developing more applications based on the unique feature of NBA-based nsPCR and more suitable systems to initiate nsPCR. Taken together, these features of nsPCR, coupling with different MS instrumentation platforms, would enable a broad range of biological applications that could benefit from in situ and rapid structural probing of various biomolecules from diverse set of samples, including single cells and biological tissues from healthy and disease conditions. 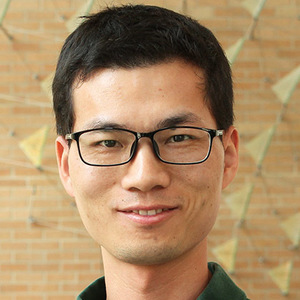