After first learning about the concept of chirality in organic chemistry classes, the image of a tetrahedral carbon with four different substituents sticks in your mind. Although central chirality is by far the most common type among biomolecules (proteins, carbohydrates, fatty acids, etc.), I was always fascinated by the multiple forms which chirality may manifest in objects and their corresponding functions. And as aformer synthetic chemist, the “objects” I was dealing with happened to be molecules most of the times. Axially chiral molecules are a relevant portion of compounds of interest within the realm of chirality: they possess a chiral axis which makes them non superimposable to their mirror image.

Since its first synthesis in 1980,1 enantiopure BINAP has been extensively used as chiral bisphosphine in transition metal catalysis but many variants of axially chiral ligands have appeared in the last 30 years which boosted the research into new methods to construct such molecules featuring a chiral axis. However, axially chiral molecules are not only useful ligands but can be found in Nature as bioactive compounds (for example, mastigophorene sesquiterpenes or vancomycin antibiotic)2 or are chemically made for other uses (for example, herbicide metolachlor).3

In the last couple of months, several groups working on atroposelective synthesis (where atroposelectivity identifies the preferential formation of one axially chiral compound over the corresponding enantiomer, called “atropisomer” in this specific case) have published powerful synthetic methods to access biaryls and other related compounds with high enantioselectivity in Nature Communications.

The more recent work comes from Prof. Tan’s group which established a method to access atropisomeric arylquinones with a chiral phosphoric acid-catalyzed asymmetric conjugate addition and central-to-axial chirality conversion.4 The quinone moiety is certainly of value for further synthetic transformations.

Prof. Wang chose biphenols as convenient substrates for an atropoenantioselective acylation catalysed by available N-heterocyclic carbene organocatalysts: the products, so called NOBIN derivatives, are well-known for delivering excellent results in asymmetric catalysis.5 At the same time, Prof. Zhao and Prof. Kürti collaboratively developed an alternative organocatalytic method to access a variety of enantiopure NOBIN analogs by N-alkylative kinetic resolution.6 Although biaryl compounds are the most common molecules featuring axial chirality, certain aniline scaffolds may as well display atropoisomerism, as already mentioned in the  metolachlor case. During their study, Prof. Zhao and Prof. Kürti unexpectedly found that an additional class of axially chiral compounds (sulphonamides) could be also accessed by N-alkylation of N-tosyl anilines.

Although notable progress has been made in atroposelective synthesis, the field is still flourishing. I am certain that chemists’ creativity will open the door to many more motifs enriching the asymmetric catalysis field and providing medicinal chemists with a larger toolbox of methods to target bioactive compounds. 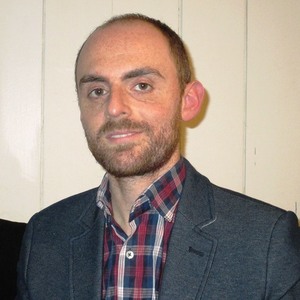 Giovanni joined Nature Communications in January 2017. During his past research experience, he focused on the development of homogeneous catalysts, in particular for stereoselective hydrogenation and C-C/C-heteroatom bond formation, and heterogeneous catalysts for biomass conversion. Giovanni is based in the London office, where he handles organic chemistry and homogeneous catalysis.
Follow