A community from Nature Research
Contributor Nature Energy
Behind the Paper

Photocatalytic reduction of CO2 to methanol offers a promising route to storage of solar energy in the form of chemical fuels. Here, Wu et al. use in operando microscopy to identify the active facets for CO2 reduction on Cu2O and exploit this to obtain high conversion efficiency and selectivity to m…

Using semiconductor particles to make fuel from water and light was a dream for many scientists in the 1980s. Prompted by the oil crisis, we wanted to create a very simple approach in which one can sprinkle particles over water, expose them to the light, and hydrogen and oxygen will start to evolve. Hydrogen would serve as a non-polluting fuel as it burns with formation of water—a perfect renewable fuel. Inspired by natural photosynthesis, this entire concept was extended to reducing CO2 in the presence of light with methane as a product (at the time, we weren’t thinking about how methane was a worse greenhouse gas than CO2—as long as it was fuel, it worked for us). Like plants that use CO2 and light to produce food, we thought that it would be simple to convert CO2 to an energy rich compound, fuel. Oh, how naïve we were! This reaction turned to be a mess. The efficiency was low and the reaction was spread among different products, lowering the efficiency of conversion for each of the compounds. This “simple” approach turned out to be a tough nut to crack!

Empowered by institutional knowledge of electron paramagnetic resonance (EPR), synchrotron x-ray science and theoretical modeling, we revisited the problem of CO2 conversion into the fuels at Argonne quite a few years later (e.g. Dimitrijevic et al, JACS, 133, 3964, 2011). This time we were able to dig deep into intimate details of photocatalysis, understanding that only bent configuration of adsorbed CO2 can decreases activation energy for its reduction. If this bent configuration is adsorbed in the vicinity of adsorbed water, hydrocarbons can form. At first, our attempts were very inefficient and we needed a fresh look to make the things work.  When a young scientist Yimin Wu joined Argonne, his great creativity and passion to pursue new innovative research encompassing nanomaterials synthesis and operando characterization under realistic conditions, brought our new fresh look. This time, we focused on one of the most energetically favorable materials for CO2 reduction: p-Cu2O, which is unfortunately very unstable. We did this research for the sake of trying basic scientific principles, but we were totally prepared for its poor performance.

Figure 1. Transmission electron microscopy (a) and X-ray fluorescence images (b) of a single Cu2O particle in conjunction with schematic of the electron and x-ray beam directions upon multimodal imaging (c). Atomic model of Cu2O particle surface terminations (d) supports unique structure that enables redistribution of electronic charge during exposure to CO2, water and during illumination at (110) termination (e) while active sites at (100) surface remain nonresponsive (f).

With his great enthusiasm and lack of prejudice or inertia, Yimin synthesized facet-selected Cu2O nanoparticles to characterize their active sites. We learned quickly that there is tremendous difference between the two different kinds of faceted particles: one with exposed (110) facets, that is responding to light strongly, and the other with exposed (100) facets that is just sluggish. This was very interesting, but not until we applied nanoscale imaging/spectroscopy with both X-rays and electrons, we were able to understand the chemistry behind this different behavior. We identified a single particle of Cu2O and observed what happens with Cu active sites on different facets under exposure to CO2, water and illumination (Figure 1). We saw that the Cu sites at (110) facet are photocatalytically active for CO2 reduction; CO2-decorated active sites became partially oxidized giving their electronic density to adsorbed CO2. Adsorption of water, on the other hand, caused just the opposite (although to the smaller extent) and showed partially reduced Cu(I) sites. Now, this configuration creates a field that separates the charges after illumination, with electrons being driven to CO2-decorated sites and holes to water-decorated active sites. This adsorption-induced formation of the electrostatic field in nanoparticles can act as band-banding in bulk material and induce charge separation of photogenerated electron-hole pairs. As the outcome, we observe conversion of CO2 to methanol with quantum efficiency of 72%. Conversely, we find that adsorption of CO2 and subsequent illumination has minor effects on the oxidation states of Cu(I) states on (100) facets leading to modest efficiency of conversion of CO2 to methanol of 6%.

The important message here is that to design an efficient and selective photocatalysts, it is critically important to understand the structure-function relationship of active sites and their role in the transformational processes at the atomic level and under realistic working conditions. Every support, new reactant or environment can change electronic density distribution that can alter the details of the reaction mechanisms and therefore change the outcome and selectivity of the reaction. Adsorption induced formation of the electrostatic field that fosters separation of photogenerated charges and disappears after reactants conversion is a special property of this system that I haven’t encountered before. The fields last as long as reactants are present at the surface, and they disappear when reaction is completed, after which electron-hole recombination becomes dominant thereby removing particle corrosion. Selectivity of CO2 conversion to methanol is another important aspect of this work.  We found that adsorption of methanol at (110) facet-selective particles is very low, suggesting that after formation methanol leaves the surface and cannot be further reduced to methane. But why we do not detect products like formic acid and aldehyde? Could it be that the adsorption of formic acid and aldehyde is so strong that they stay on the surface until they become reduced all the way to methanol? These are important details of the reaction mechanism and make this efficient and selective photocatalytic reduction of CO2 to methanol a promising route for practical storage of solar energy in the form of chemical fuel.

The other significance of this work is that the system is designed to directly convert the energy contained in sunlight into chemical bonds, without intermediary conversion into other refillable chemicals, heat or electricity. This makes the overall process more efficient as each step of the conversion is accompanied by losses (second law of thermodynamics). This year, several papers have reported remarkable conversion of CO2 into methanol using electrochemical reduction. Some of these papers are proposing giant floating Solar Farms or that airplanes will fly on CO2 by using electricity obtained from photovoltaics. However, the conversion efficiency of sunlight into electricity exceeds 30% only in very expensive multijunction cells. Consequently, in overall photovoltaic driven CO2 reduction to methanol, only 30% of the photons are used to drive methanol production, and even in very efficient process electroreduction will be accompanied with great losses and significantly increased costs. Our photocatalytic reduction on the other hand involves illumination of particles freely suspended in the water without need of electrodes or electrical bias (unassisted wireless photocatalytic reduction). The solar to fuel (STF) conversion efficiency for this unassisted wireless photocatalytic reduction of CO2 to methanol using Cu2O crystals exceeds 10%. This is very good result, but we still have a room for improvement as theoretical limit for STF=35.2%. We anticipate that our facet-­dependent single-particle approach can be further extended to design other catalytic materials displaying site-­specific behavior, and that Cu2O will play a significant role in a new class of materials offering a path toward CO2 utilization as well as efficient conversion of solar energy into chemical liquid fuels.

Based on the study, “Facet-dependent active sites of a single Cu2O particle photocatalyst for CO2 reduction to methanol,” appeared in Nature Energy.

Tijana Rajh is a Senior Scientist and Argonne Distinguished Fellow at the Center for Nanoscale Materials, a U.S. Department of Energy facility located at Argonne National Laboratory. She has extensive experience in the study of colloidal semiconductor nanocrystals and their integration with biomolecules. Her current research activities focus on surface modification of nanocrystalline metal oxide nanoparticles for light-induced chemistries such as electron transfer reactions, spin chemistry and solar energy conversion. 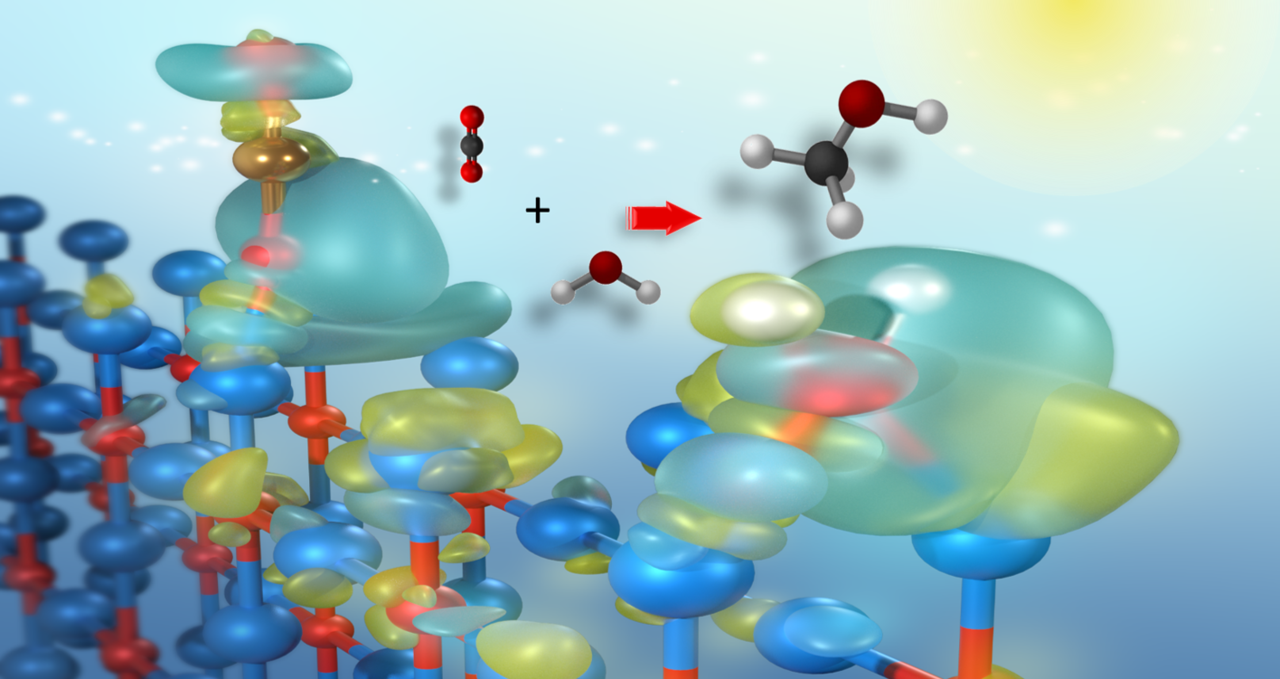