Synthesis in flatland: rings and chains grown on surfaces

Surfaces influence chemical reactions in multiple ways. As known from heterogeneous catalysis, they affect the rates at which bonds are formed and broken. They can favor the formation of one possible reaction product over another. They also act as platforms that confine the reaction to two dimensions. This leads to template effects, which provide an additional means to control the outcome of a reaction. For instance, the adsorption of planar prochiral molecules on surfaces breaks their mirror symmetry, which may leads to chiral selectivity. Another aspect is related to the adsorption forces, which lead to strain in the molecules and favor planar conformations. By choosing a specific surface with a suitable composition and structure, the reactions can be steered such that the desired product is obtained.

At this stage, we chose to work with molecules containing nitrile groups, because these functional groups form coordination bonds to adsorbed metal atoms. It is well-known in surface coordination chemistry that metal atoms with different sizes may coordinate different number of nitrile groups. In addition, it had also been shown that Fe and Mn can bind four arene ortho-dicarbonitrile molecules, which then undergo cyclotetramerization forming metal-phthalocyanines consisting of four isoindoline units. In this reaction, the metal atoms act as both catalyst and template.

Combining these traces of previous work, we were thinking about what will happen if we use the larger lanthanide metal atoms on the surface. In solution chemistry, the reaction of dicarbonitriles with lanthanide metal ions leads to bulky bis(phthalocyaninato) double-decker complexes. Would such a "3D" complex also be formed in the 2D confinement of a metal surface? Or would we see the formation of a larger planar complex, for example a superphthalocyanine, which has previously only be observed with uranium as the metal center?

Based on these ideas, we employed a naphthalenedicarbonitrile precursor on a silver (111) surface. With gadolinium (Gd) as the template metal, we indeed observed the formation of a superphthalocyanine. As a next step, we used the silver surface itself as a virtually infinite template. In this way, we made polycyanine chains, which can be considered as the open-chain counterparts of the cyclic phthalocyanine and superphthalocyanine complexes.

You can read more about our work in our paper, “Template-Controlled On-Surface Synthesis of a Lanthanide Supernaphthalocyanine and its Open-Chain Polycyanine Counterpart”, in Nature Communications 2019, 10, 5049. 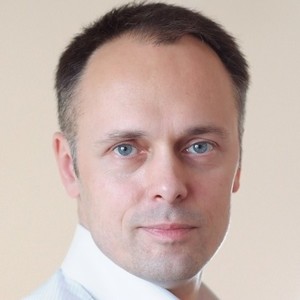 Professor of Physical Chemisty at the University of Marburg, Germany
Follow