Enzymes are catalysts that have evolved over millions of years to work in concert, enabling organisms to live and prosper. They achieve this feat by shielding reactive catalytic centers (in polypeptides) from the bulk and capitalizing on different cofactors to speed-up particularly challenging transformations. However, the catalytic repertoire of natural enzymes is limited to certain types of chemical transformations. A promising strategy to expand nature’s catalytic toolbox is to engineer artificial metalloenzymes (ArMs)—that result from the incorporation of a synthetic metallocofactor within a protein scaffold. By doing so, the performance of organometallic catalysts may be engineered and optimized genetically (e.g. directed evolution). Importantly, the compatibility between metal- and bio-catalysts is significantly increased. Prof. Ward’s group in Basel has pioneered the engineering of ArMs by exploiting, among others, the biotin-(strept)avidin technology [1, 2]. In collaboration with Prof. Turner’s group (Manchester) and Prof. Hollmann’s group (Delft), they reported on concurrent cascades combining ArM-catalyzed transfer hydrogenation and various enzyme-catalyzed oxidations, relying on isolated enzymes [3].

When I joined Prof. Ward’s group, they had just developed and evolved an ArM for ring-closing metathesis (RCM) in vivo together with Prof. Panke’s group (ETH) [4]. We set out to capitalize on this new-to-nature reactivity catalyzed by the artificial metathase, by combining ring-closing metathesis with natural enzymes. For a sustainable society and future, an important aim is to produce sustainable hydrocarbons as fuels and bulk chemicals. Recent advances in synthetic biology and metabolic engineering have demonstrated the production of linear alkanes, alkenes, and aromatics from bio-based resources.  Yet, accessing simple cyclic alka(e)nes remains challenging. A retrosynthetic analysis [5] suggested the possibility to engineer a chemo-enzymatic cascade from olive oil (or oleic acid) to cyclopentene, cyclohexene or cycloheptene.

As many research projects, realizing the multistep concurrent cascade proved significantly more challenging than it appeared on paper. Numerous challenges were encountered and eventually solved (or circumvented) during the progress of the project. Initially, ArMs with Ru-metathesis cofactors were evaluated for the final ring-closing metathesis (RCM) of unfunctionalized α,ω-dienes. Unfortunately, the turnover numbers remained modest. We tentatively trace this back to the pronounced hydrophobicity of the diene substrate and thus its extremely low solubility in the aqueous phase where the ArMs reside. Inspired by the elegant biphasic system reported for a concurrent cascade combining a Ru-catalyzed cross-metathesis and P450-catalyzed epoxidation reported by Prof. Hartwig (Berkeley) and Prof. Zhao (UIUC) [6], we evaluated the use of a biphasic system whereby the homogeneous RCM catalyst is compartmentalized in the organic phase (n-dodecane). The significantly improved turnover numbers may be traced back to the localization of both the diolefinic substrate and the Ru-metathesis catalyst in the n-dodecane phase, allowing the metathesis reaction to proceed without any potentially detrimental E. coli present in the organic phase. In order to optimize the flux of the cascade requiring on up to eight enzymes, we relied on the RedLibs (Reduced Libraries) algorithm developed by Dr. Jescheck (ETH) [7]. This proved extremely valuable to optimize the relative expression levels of the most critical enzymes in the concurrent cascade. We believe it is a valuable tool to optimize other enzyme cascades in whole cells.

We encourage you to have a look on our paper on Nature Communications:

*This post was co-authored by Shuke Wu and Prof. Thomas R. Ward. 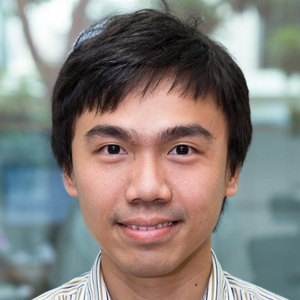