The complexity of renewable resources is a result of Mother Nature’s creativity in building organic molecules, which constitute the world around us. It also requires immense creativity and understanding to tap into this naturally available pool of chemical structures, in order to produce the chemicals and materials used in our daily life. Traditionally, these originate from fossil resources that are typically very simple molecules and have to be heavily modified. We believe there is much potential in maintaining the complexity inherent to the renewable feedstocks and to seek shorter, more sustainable catalytic routes to desired products [1].

The sustainable conversion of renewable resources to amines was an unexplored area back in 2013, when I started my independent research in Groningen. Since renewables are rich in aliphatic alcohol moieties, our aim was to develop waste-free catalytic amination methods via the hydrogen borrowing strategy (Figure 1A). After using simple amines [2, 3], we turned our attention to more complex substrates: amino acids. In order to avoid racemization, we explored Shvo’s catalyst that does not require activation by base, and found a robust method for the N-alkylation of unprotected amino acids [4] (Figure 1B).

Next, we explored an analogous transformation (Figure 1C): owing to the importance of the b-amino acid scaffold and the lack of waste-free catalytic routes to construct this moiety, we set out to couple b-hydroxyl acid esters directly with simple amine substrates. We started our investigation using ethyl 3-hydroxybutanoate and p-anisidine initially with poor success. At lower temperatures the reaction was very sluggish, but higher temperatures would favour side reactions. Therefore we intended to facilitate the imine formation and reduction steps, both crucial in the hydrogen borrowing sequence, by cooperative Brønsted acid catalysis. Gratifyingly, when using diphenyl phosphate (DPP) as additive, near-perfect conversion and selectivity values were achieved and the role of DPP was clarified in more detail spectroscopically. We then demonstrated a relatively large scope of the method with a variety of aniline derivatives and diverse b-hydroxyl acid esters.

3-Hydroxypropionic acid (3-HP) is an industrially relevant, top 10 sugar-based platform chemical that can be obtained from C5 or C6 sugars or glycerol, the major byproduct of biodiesel production, predominantly by biocatalytic methods [5]. We recognized that if our method would work on esters of 3-HP, it would represent the much-needed link in the envisioned conversion sequence from renewables to b-amino acids (Figure 2). We were very excited to see that the direct coupling of aniline derivatives and 3-HP esters afforded the target β-amino acid esters.

The conversion of renewable lignocellulose feedstocks to amino acids has been largely unsuccessful to date. In their pioneering work, Yan and co-workers obtained a-amino acids by coupling of bio-based a-hydroxyl acids (prominently, lactic acid) with ammonia [6]. They contemplate the global importance of their work in an elegant contribution, which puts forward amino acids as new frontiers for biorefineries [7]. Our work, presenting the first homogeneous catalytic method to obtain bio-based b-amino acid esters, now complements these efforts opening possibilities for future application of renewable b-amino acid esters.

*This post was prepared by Anastasiia Afanasenko and Katalin Barta 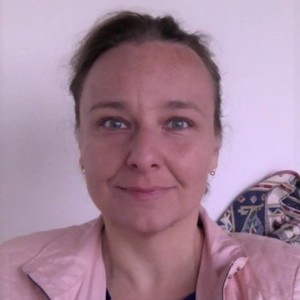