My first contact with CO2-based supramolecular systems occurred when I was preparing a review on dynamic combinatorial chemistry. I came across the pioneering work of Dimitri Rudekvich who designed, among other systems, lysine appended calixarenes, which self-assembled upon CO2 exposure into thermoreversible hydrogels.[1]

In 2005, while the issue of CO2 capture was crossing a valley of death due to a lack of financial incentives,[2] we started a collaborative project on the topic of CO2-induced reticulation of polyamines using polyaldehyde cross-linkers. The self-assembled multivalent polyamine architecture which spontaneously formed was the first synthetic system achieving cooperative CO2 capture. [3] Although phase changing solvents were considered to reduce the cost of CO2 desorption, our system was way too complex for any potential technological development. Yet, this first achievement put us on two tracks.

First, we started to explore, as nature does, the use of molecular effectors to displace the CO2 capture – release equilibrium in complement to temperature and pressure.[4]

We also invested a lot of efforts into exploring the tridimensional structure of self-assembled reticulated organic solid adduct formed. It took us years to finally elucidate it but we participated on the way to the construction of this powerful tool which is NMR crystallography.[5] We also ended up discovering that this oligomeric architectures we had formed were filled with potential coordination sites (salicylimines, carbamates), ie that this CO2-based molecular network was a framework for metal ions.

In 2012, China announced drastic restrictions on the exportations of rare earth elements. Industrialized countries anticipated a supply shortage and started to consider the possibility of recycling these strategic elements from the technological waste they produced. We propose to kill two birds with one stone, ie to use mixtures of CO2-loaded and unloaded amines for the self-sorting of aminophilic and oxophilic metals. The ultimate aim, which we have not reached so far, was to use dynamic combinatorial libraries of CO2-bonded polyamines to separate each of the 14 Rare Earth Elements.

The proof of principle of the chemistry was delivered and patented in 2014, first with organic cross-linking agents, then with simple polyamines. Efficiency and selectivity were poor compared to state of the art ligands used in hydrometallurgy. The fundamental phenomena underpinning the activity of the system was left unexplored, due to pressure to prioritize technological development. With chemical engineers in Lyon, we showed that CO2-triggered complexation and precipitation of individual metals from liquid streams could be performed in continuous flow, then that individual metals could alternatively be leached from solid waste using CO2-loaded amines.

During this decade, climate change grew back into true public concern and mitigation of CO2 emissions seemed like a forgone conclusion. One of the apexes was the Paris agreements in 2015, after which the scientific community was asked to suggest priority research directions that could allow fulfillment of the objectives adopted. I had the chance to attend this international brainstorming meeting named Mission Innovation CCUS (Carbon Capture Utilization and Storage). Off the record exchanges had convinced me that large scale implementation of CCUS would only be adopted if the whole chain of operation could be truly economically viable. I also realized that it would be much easier to valorize CO2 for its own unique properties rather than join the challenging race of CO2-to-oil replacement for the production of goods and services (which is a necessity). I suggested that, given the exquisite levels of activity and selectivity that chemists had managed to reach through centuries with the molecular systems they had designed, CO2 utilization should directly be conducted upon capture or even with flue gas. Although it may raise new issues, this should allow to skip the costly desorption and compression steps. Among the uses of CO2-rich solutions proposed, metal separation and recycling was perceived as a promising way to inject some substantial added value in the CCUS chain value and was selected as one of the priorities.[6] That is what we explored at the fundamental level in the group and that is what today’s paper is about. 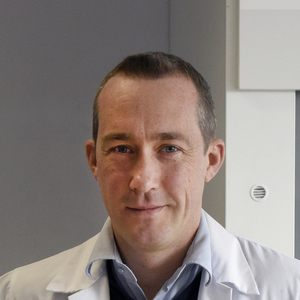