A community from Nature Research
Contributor Nature Energy
Behind the Paper

To accommodate changes in the way we produce energy, significant research has been directed towards the development of technologies to sustainably and efficiently produce energy carriers and fuels. This effort is underpinned by the use of heterogeneous processes, which enable the processing of an array of fuels derived from different sources. Nonetheless, heterogeneous catalysts are typically complex and challenging to study using conventional spectroscopic methods, and are thus typically improved and optimised using empirical approaches.

In this critical perspective, Christophe Copéret and co-workers highlight the utility of molecular approaches in the design and study of model catalytic systems. Through the generation of molecularly-defined surface motifs, Copéret and team have shown that it is possible to establish the features required for systems that facilitate a range of established reactions, alongside the development of fundamentally new reactivity. A specific focus of the work described is the development and implementation of surface organometallic chemistry (SOMC) approaches in heterogeneous catalysis. This perspective shows that, by using SOMC, well-defined model systems can be used to provide insight into established industrial processes (e.g. alkane dehydrogenation), as well as new approaches in fuel upgrading processes (alkane homologation via ‘alkane metathesis’, non-oxidative coupling of methane (NOCM) and chemical looping as a strategy for the conversion of methane to liquid fuels).

For the study of alkane dehydrogenation, the SOMC approach has been used to develop and understand well-defined model catalysts consisting of Ga, Co and Cr isolated sites on metal oxides, as models for industrially relevant propane dehydrogenation catalysts, alongside well-defined multi-metallic systems containing metal nanoparticles. Spectroscopic investigation of these model systems has provided critical insight into the role of different metal components in more complex conventional systems.

Of course, this approach is not limited to the study of established systems, and many of the approaches described, while not yet industrially feasible, represent reactions that could be implemented using our existing energy infrastructure – allowing more effective utilisation of fossil fuels. In particular, methane conversion strategies (alkane homologation, NOCM, and methane-to-methanol) appeal as vessels to reduce the flaring and venting of natural gas, through the conversion of methane to liquid fuels. The liquid fuels generated could then be transported with relative ease to the point-of-use.

In addition, the use of isolated tantalum and tungsten surface sites for the methane-mediated cleavage of long-chain alkanes at relatively low temperatures (<300 oC) is discussed, a modification of an alternative strategy to traditional fluid catalytic cracking (FCC), which would circumvent the requirement for costly production of hydrogen from methane (through steam reforming of natural gas, which is conducted at high temperatures (>800 oC)). This unprecedented single-step process is an appealing strategy for the generation of high-octane fuels from heavier diesel fractions, though selectivity and stability remain challenging with these systems.

While these systems are interesting from a fundamental perspective, the bespoke materials prepared using SOMC in the field of energy and fuel carriers are far more involved than those prepared by conventional methods in heterogeneous catalysis (impregnation, co-precipitation). This means that the question is not so much ‘when will this technology be implemented?’, but more ‘can this reactivity be translated to systems prepared using more traditional approaches?’ 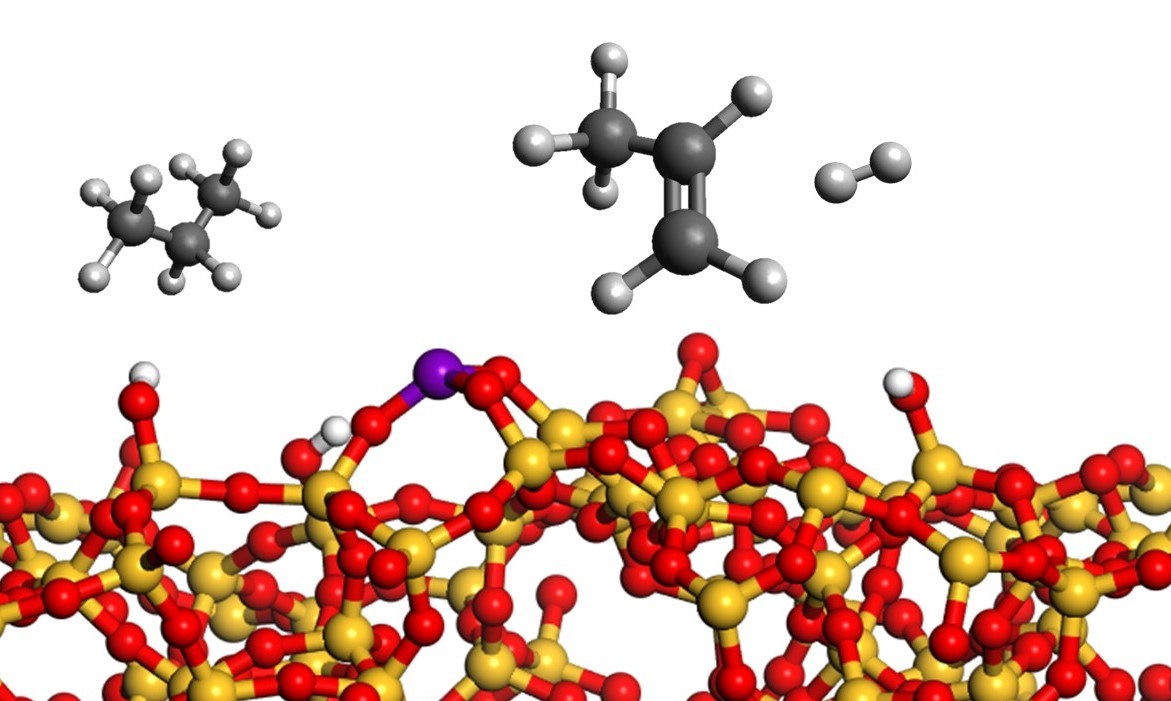