Seeing is believing! Live-cell fluorescence microscopy/nanoscopy is a powerful tool to directly real-time observe cellular structures and biological processes with high spatial and temporal resolution. However, the current bottleneck in live-cell imaging is to design synthetic fluorescent probes suitable for such experiments. Ideal fluorescent probes for live-cell imaging requires several key properties, such as membrane permeability, solubility, exciation/emission wavelengths, brightness, and photostability. However, we cannot optimize these properties independently without influencing each other, which makes probe development an iterative process. Meanwhile, poor cell permeability and strong background are two main problems for most fluorophores. Thus, I believe it would be very useful to provide a simple method to only improve fluorophores’ cell permeability and fluorogenicity but not changing other properties.

Rhodamine derivatives are popular fluorophores in live-cell microscopy due to their dynamic equilibrium between a non-fluorescent, cell permeable spirolactone and a fluorescent zwitterion. In 2013, Kai Johnsson group found a novel fluorophore, silicon-rhodamine (SiR) (SiR), which possesses excellent cell permeability and fluorogenic property. Different from traditional rhodamines, SiR mainly exists in the non-fluroescent, cell permeable form, while binding of the probe to its target usually shifts the equilibrium towards the fluorescent zwitterion, making such probes fluorogenic. Later more rhodamine derivatives were continuously reported by other groups. These reported methods are based on decreasing the electron density of the xanthene core through introduction of electron-withdrawing groups (EWGs) (blue area in Fig. 1). However, conjugation with EWGs could increase the synthesis difficulty and its susceptibility towards reactions with abundant intracellular nucleophiles, and damage the photophysical properties, such as quantum yield.

To form the spirocyclic, non-fluorescent form, we tried to slightly increased the electron-donating ability of group “Z” rather than decrease the electron density of xanthene core. The simple modification allows us to only control the equilibrium of spirocylic and zwitterion form without touching the xanthene core, thereby generating negligible effect to photophysical properties. Using this strategy, we created probes with wavelengths ranging from cyan to near-infrared for SNAP-tag, HaloTag, F-actin and microtubule. The good spectroscopic properties, high cell permeability and outstanding fluorogenicity of these probes will make them powerful tools for no-wash live-cell nanoscopy. Furthermore, the generality and versatility of the established design principle can be employed to improve the performance of many other already existing fluorescent probes and opens up the opportunity to create numerous new ones. 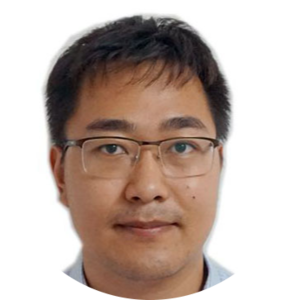