A surface plasmon resonance biosensor based on antimonene for miRNA/ssDNA

Biomarkers have potential in the prediction, diagnosis and monitoring of diseases. The detection of tumour-specific circulating miRNA and ssDNA with ultrahigh sensitivity is of outmost significance for early diagnosis of cancer. However, it is still very challenging to achieve extremely low detection limit using the current techniques and materials for miRNA molecule detection, which further restrain the early diagnosis application in clinical practice.
Due to its many advantages, such as non-destructive label-free detection, high reproducibility and low cost, surface plasmon resonance (SPR) technique has proven to be versatile in investigations of molecular interactions by assessing the refractive index change on a chip surface. Nevertheless, using the traditional SPR technique to detect biomolecules at very low concentrations remains challenging due to the limited quantity of immobilized probe DNA on the chip surface (normally a thin gold film). Therefore, there is an urgent need to identify advanced material with large adsorption energy and work function increment to improve the performance of the SPR biosensor.
Antimonene has been described as a 2D material that can be exfoliated from bulk antimony (Sb) and has quickly attracted the attention of the scientific community because its physicochemical properties are superior to those of typical 2D materials (e.g., graphene, MoS2, and black phosphorus). Similar to graphene materials, antimonene has an sp2 -bonded honeycomb lattice, but antimonene exhibits strong spin-orbit coupling, tremendous stability and hydrophilicity. Although the photoelectrical properties of antimonene nanomaterials have been studied, the interaction between DNA and antimonene and its application in optical sensing remain elusive.
To address above-mentioned issues, we explored via first-principles density functional theory (DFT) calculations the chemical interactions of ssDNA and dsDNA with antimonene, and find that antimonene has much better sensitivity than graphene previously used in DNA molecule sensing. Motivated by this theoretical finding, we developed a SPR sensor based on 2D nanomaterial of antimonene for the specific label-free detection of clinically relevant biomarkers such as miRNA-21, miRNA-155 and ssDNA. This antimonene-based biosensor has a limit of detection (LOD) of 10 aM.  In addition, the sensor can distinguish miRNAs and ssDNA that differ by one nucleobase mutation. The combination of not-attempted-before exotic sensing material and SPR architecture represents a new approach to unlocking the ultrasensitive detection of miRNA and DNA and provides a promising avenue for the early diagnosis, staging, and monitoring of cancer.
All the details of this study can be read in our article: Nature Communications[1]. 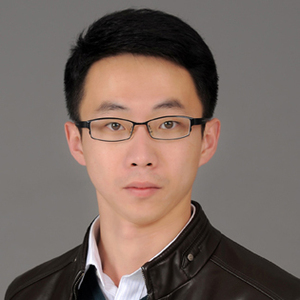