This post is written by Alison Grinthal, Nadir Kaplan and Peter Korevaar.

We introduce the idea that simple soft materials can act as complex chemical signal integrators – a universal feature of living materials but currently absent from synthetic systems. We found that one of the most commonly used hydrogels, previously just thought to shrink and swell in time with the presence or absence of a specific stimulus, can generate fascinating new classes of non-monotonic, non-equilibrium behaviors – such as spikes and waves of gel expansion and contraction, and traveling color waves – that act as distinct and predictable responses coupling multiple stimuli across time.

Living organisms continuously process environmental stimuli via a rich diversity of input-output schemes. For example, bacteria navigate toward a nutrient source by detecting how the local concentration changes over time, and social amoebas self-organize by distinguishing between arriving and departing sides of chemoattractant waves. Introducing such integrative abilities into synthetic matter could provide fundamentally new functionalities for smart materials. Rather than designing complicated materials, we challenged ourselves to consider whether a basic principle derived from the living systems might suggest a way to incorporate signal integration in a simple hydrogel – a 3D polymer network with variable water content.

In living systems, chemical signal integration arises from materials that convert each incoming stimulus into an active interplay of chemical interactions, transport, and mechanical deformations. These collective dynamics within the material govern the onset and termination of the response, often outlasting the stimulus itself and enabling the response to be coupled to a later stimulus. We realized that, at root, synthetic hydrogels share the same mechanistic elements as the living systems: the gel mediates chemical complexation, fluid-phase transport, and mechanical deformations in response to stimuli such as acid or other species that interact with the polymer. However, the associated timescales are generally chosen for fast, in-phase responses that mirror the stimulus and are far too short to integrate the dynamics of multiple signals separated across time. We hypothesized that expanding this picture to include stimuli with slower de-complexation kinetics should enable even a simple hydrogel to interlink its responses to signals presented at different times and, analogously to living systems, to produce interesting emergent responses.

Using a common polyacrylic acid hydrogel, we demonstrate how this approach gives rise to a diversity of counterintuitive behaviors that provide transient signature responses integrating the dynamic features of stimuli presented in series. As representative stimuli, we deliver copper (Cu2+) ions, which have a slow dissociation rate and a visible color readout, and, subsequently, acid after copper has been removed from the environment. Although both copper and acid straightforwardly complex to and contract the gel under equilibrium conditions, coupling the two stimuli across time triggers brief, localized competition among de-complexation/complexation, transport, and elastic deformations to produce highly localized rate-dependent responses (see Figure below): When acid displaces complexed copper more rapidly than the copper can diffuse out, transient osmosis induced by freed Cu2+ ions in the gel triggers traveling waves of gel expansion and contraction. When the acid stimulus progression rate is slower than the Cu2+ diffusion rate, traveling color waves emerge, created by a transient re-complexation of released Cu2+ to the gel ahead of the acid front. We developed a theoretical model that fully predicts these phenomena.

Our combined theoretical and experimental approach demonstrates how a hydrogel can be used to perform chemical sensing tasks not previously established with electronics-free systems. By integrating the dynamics of complexation, transport and deformation that arise from the transient superposition of chemical species entering and exiting the gel, hydrogels can integrate how the chemical environment changes over time. Employing these concepts with other combinations of (bio)chemical stimuli, hydrogels, complexations and chemical reactions might open new possibilities in, for example, programming the release of nutrients in agricultural settings or selective targeting of specific dynamic profiles of biomarkers indicative of pre-critical medical conditions. 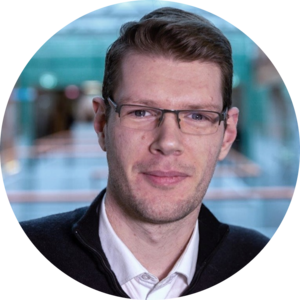