Multi-compartment drug delivery systems have the potential to carry out internal reactions and release the products, if molecule transport can be controlled. We have developed a system to activate a pro-drug analog in-situ and release it upon demand, through a pore with controllable permeability.

Aqueous compartments bound by lipid membranes are increasingly used in drug delivery. The majority of these structures currently used in medicine are single compartment liposomes that release their contents slowly over a pre-determined length of time or suddenly upon a trigger such as temperature [1,2,3]. However, multi-compartment lipid membrane-based drug delivery systems have been developed for improved stability and drug retention. Composed of multiple non-concentric aqueous chambers surrounded by a network of lipid membranes, DepoFoam drug delivery particles are presently used to deliver the local analgesic bupivacaine [4,5]. Coalescence of compartments and permeation of drug through the membranes both play a role in the sustained release mechanism over time [6]. However, the release cannot be stopped or adjusted once the particles have been injected into a patient.

In search of a pore capable of controlled permeability, we turned to past work from the Hagan Bayley group. αHL-4H, a pore-forming toxin from Staphylococcus Aureus mutated to contain four specific histidine residues inside the barrel of the pore, was developed in 1997 as a metal ion sensor. Electrical recordings showed that this pore could be blocked with μM concentrations of Zn2+ and reopened by chelation with EDTA [8]. Additionally, a similar variant was shown to controllably permeabilize mammalian cells [9], illustrating the biocompatible conditions for the use of these pores.

Our approach eliminates the need to destroy the two-compartment structure. Additionally, the ability to hold the contents of the two compartments separately is important in the application of readily degradable drugs, high concentrations of drugs, or drugs that would otherwise inhibit cell-free protein synthesis. Control over the expression or insertion of pores could also be added to keep these contents separate until activation of the pro-drug is desired. The controlled release system from our study might also serve as a module to control the activity of large, patterned synthetic tissues, previously fabricated by our group [11,12]. In the future, controllable pores may enable the activation of multiple reactions within different compartments and release of their products separately, which would be impossible if the compartments were destroyed after the first release.

We have demonstrated the shuttling and subsequent enzymatic activation of a pro-drug analog within a multicompartment lipid-membrane delivery system, followed by controlled release of the product. The function of the system arises from the cell-free expression of a controllable membrane protein. Additionally, following release, both compartments are left intact. As the functionality developed in our study is based around the protein pore and not the specific structure, we envisage its application to control any lipid system.

Our full paper is available at:
https://www.nature.com/article... 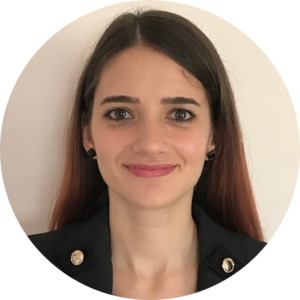