Text books tell us that aromaticity is limited to small molecules, with less than 30 pi-electrons. We have discovered that aromatic ring currents also exist in much larger macrocycles, with up to 162 pi-electrons (4n+2). Here is Michel Rickhaus' account of how we made this discovery.

Our first foray into ring currents of porphyrin nanorings was highly successful, but it was limited to a single molecular structure (Nature 2017, 541, 200). The original plan for this project was to investigate three new six-porphyrin rings: a butadiyne-linked ring truncated by one acetylene unit and two single-acetylene based rings (symmetric and expanded), again differing by one acetylene unit.

Michael Jirasek and I set out to complete the entire set of NMR oxidation titrations in a single long weekend. We began with the known butadiyne ring, for calibration, and then tried the truncated butadiyne ring. As always, we skimmed the first NMR-silent oxidation states, heading directly for 4+ and then 6+. As predicted, we found inverted ring currents for these states, and again for the expanded single-acetylene ring. We tested the most strained regular single-acetylene ring last — it was in short supply and we worried that it might not survive oxidation. By then, we had been measuring continuously for three days and nights and were thoroughly exhausted. We knew that a single “misbehaved” ring might throw the entire rationale, and we were worried and excited in equal measures. Very early in this titration, a long way from reaching 4+, we found behaviour typical of an aromatic state. That was bad news, because we expected the first observable state to be 4+, which in this case is anti-aromatic. I remember how we sat there, baffled and wondering whether we had gone all the way up to 6+, or whether this ring was breaking the rules. We were not in a good state. Frustrated, we decided to measure short 2D NMRs and continue. We increased the oxidant in very small increments, resolving the state better until we had to admit that it was real. At this point, it became apparent how important it was to do this investigation as a team. Individually, either of us was ready to quit — we had too many uncertainties and too little sleep. After all, we had done this on a borderline amount of compound, and had to get it all done in a single sitting – and had another 20 or so measurements to go. However, we convinced each other that the data might make sense later. We continued the titration, and, to our relief, we eventually formed a strongly anti-aromatic state (4+), followed by an aromatic state (6+). The puzzling early state must have been 2+ (aromatic). With all the observations falling into place, we knew we had just proved the validity of Hückel’s rule. Eventually, we found more evidence for 2+ states that had previously been overlooked.

We printed the spectra for the whole set of rings and hung them on the wall. They would eventually convince us to try the much larger rings and other topologies, as presented in the paper. In particular, for the twelve-ring, where you have to add about 40 increments to a never-changing spectrum before you start observing something, it was the spectra from our darkest night that reminded us not to give up yet. 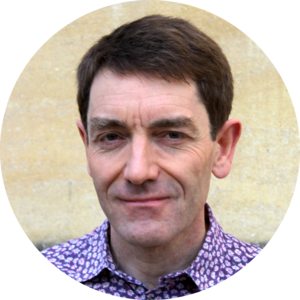 Professor of Chemistry, University of Oxford