Recent interest in the analysis of whisky, based on corrected fraction modern radiocarbon (F14C) measurements, transpired while we were creating an independent calibration curve to extrapolate the F14C values beyond the published limit of 2010.

At that point, we were measuring F14C values in a range of modern human forensic samples for UK Police Forces, and biofuels from the petrochemical industry. Limited regional F14C atmospheric data were available at the time. However, the SUERC Radiocarbon Laboratory had previously measured the F14C in bulk Barley Mash samples from the whisky making process from known single years of growth, some of which have been included as known F14C content samples in the Radiocarbon Inter-Calibration Studies over the past 30 years or so.

Whisky analysis at the University of Glasgow Radiocarbon Laboratory (SUERC) goes back to a PhD thesis in 1969 titled; ‘Recent Fluctuations of Atmospheric 14Carbon Concentrations’ by Murdoch S. Baxter, the former head of laboratory. This study quantified annual variations of atmospheric 14C concentrations over the past century through the analysis of plant seeds, wines and spirits (namely whiskies from 1955 to 1966) using the radiometric technique. The main aim of this PhD thesis was to measure and determine the correlation in 14C concentrations in atmospheric CO2 and whisky. Fast forward almost 40 years: The development of the Accelerator Mass Spectrometry (AMS) technique in the 1990s led to the development of newer applications for 14C measurement, where smaller samples sizes were required compared with the old Radiometric technique. Accordingly, we believed that malt whisky in small volumes was an ideal natural product for us to measure over the modern era to monitor annual F14C value variation.

The buying and re-selling of old, rare whiskies, has potentially large financial rewards, and fraudsters were quickly becoming aware of the lucrative opportunities open to them in passing off recent whiskies as authentic rarities. Realising this, we decided to address it properly. Naturally, being based in Scotland, we thought it would be appropriate that we take the lead in this methodology. We were well placed with numerous contacts within the local and national whisky and ancillary industries to enable us to obtain numerous malt whisky samples of known single year origin to create a bespoke calibration curve plotting F14C value against distillation year.

In an attempt to differentiate the potential F14C value on either side of the bomb peak, the δ13C value of the whisky was also plotted against time. This revealed a surprising shift in δ13C values since the 1950s. This finding has obviously opened up several new areas of investigation into δ13C values and the Seuss effect. This takes us back full circle to the original 1969 thesis by Murdoch Baxter, which also raised concerns over potentially marked atmospheric CO2 concentrations above natural levels by AD 2025.

Although many other analytical techniques are available to whisky distillers to help confirm the authenticity of a specific whisky (including analysis of chemical congener profiles, bottle production method, glass quality and label production technique), none of these can identify the year of distillation. This technique weeds out many modern fake samples quickly and decisively. Indeed, around 40% of the whiskies we have analysed over the past 3 years have been fake.

The Scottish Universities Environmental Research Centre (SUERC) Radiocarbon Laboratory (photograph at top) was first established in 1960 at the University of Glasgow. The first 14C data generated by Radiometric methodology was subsequently published in 1966. The relocation of the University of Glasgow Radiocarbon Laboratory to the Scottish Universities Research and Reactor Site (SURRC, now SUERC) a dedicated isotope facility in East Kilbride, was undertaken in the 1980s. A range of sample types are processed in the SUERC Radiocarbon Laboratory from the disciplines of Archaeology, Environmental Science, Forensic Science, Ecology, Anthropogenic 14C in the Environment and Petrochemical (Biofuel) Industry. 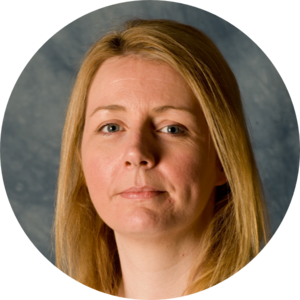 Eva Amsen
about 1 year ago

This was so interesting! I had no idea the whisky market was so prone to fraud.