Since the 1950s, castor oil has been used as raw material for the commercial bio-based polyamide 11 (PA11). However, PA11 (and other bio-based polyamides) contain no substituents along the polymer backbone and are structurally similar to PA6 or PA12. They can be described as “property bridges” between fossil-based polyamides and bring nothing entirely new to the table.  We were interested in completely novel monomers for polyamides with substituents along the polymer backbone. Monoterpenes, abundant cyclohexane derivatives with aliphatic substituents and bicyclic motifs, were identified as suitable raw material. In our latest work, we reported a high-mass amorphous polyamide (poly-3R-caranamide) based on bicyclic (+)-3-caren (1) with a glass transition temperature of about 115 °C, which is about 60 °C above PA6.[1] However, the monomer synthesis was expensive and required excessive cooling as well as toxic chemicals. Therefore, to further explore the properties of this new 100% bio-based polyamide, we set out to design a facile and scalable synthesis (Figure 1).

In this work, we changed the initial oxidation from hydroboration to epoxidation (2), and the ketone formation was realized by rearrangement of said epoxide to 3. This allowed us to avoid toxic and expensive chemicals and facilitated the process conditions. However, we soon realized that the epoxide rearrangement suffered from low yields, high amount of catalyst and the formation of two methyl-group diastereoisomers, which we called 3R-caranlactam and 3S-caranlactam due to the position of the methyl group. To our surprise, we then discovered – just by looking at the raw polymer blocks – that polyamides incorporating both types of isomers drastically differed from pure poly-3R-caranamide: The polymers, which had been transparent for the amorphous poly-3R-caranamide, were now opaque. Differential Scanning Calorimetry (DSC) and X-ray analysis revealed that the opaque polymer was indeed semi-crystalline. For a better understanding of this phenomenon we developed a stereoselective epoxide rearrangement, enabling the production of pure 3S-caranlactam and the polymerization to poly-3S-caranamide. A comparison of the homopolyamides is displayed in Figure 2.

Taken together, we started with the development of an improved monomer synthesis, ending up with a stereoselective and scalable method to produce two bio-based polyamides which strongly differ in their properties compared to each other and surpassing the thermal properties of common aliphatic polyamides. 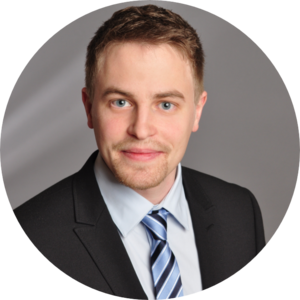