The concept of three-dimensional interactions occurring in the enzymatic environment can be extended to three-dimensional catalysts with effective redox bridges instead of single atoms or two-dimensional materials.
Frank
Professor, São Paulo University
Follow
Like Be the first to like this
0

Redox processes play a critical role in maintaining life on Earth, and they are facilitated by metallic species within biomolecules. In this context, bilirubin oxidase (BOD) is a multi-copper oxidase that participates in porphyrin and chlorophyll metabolism. BOD uses two substrates, bilirubin and O2, and releases two products, biliverdin and H2O. The crucial role played by BOD in the O2 reduction reaction (ORR), wherein oxygen is converted directly into water under physiol ogical conditions, has inspired synthetic chemists to mimic the BOD catalytic site in ORR electrodes. Success in this endeavour would be ground-breaking in electrochemistry, as it would allow the further development of fuel cells and thus contribute to the current efforts towards realizing clean energy. However, the synthesis of catalysts with three-dimensional organization remains challenging, and it opposes the prevailing trend which focuses on single atoms and two-dimensional materials.

Our recent paper in Nature Communications describes our research aimed at understanding how and why the copper-containing BOD is an exceptional biocatalyst for the ORR. The involvement of the active Cu centres present in these enzymes is key to the efficient four-electron reduction of O2 to water with almost zero overpotential under mild conditions (pH ~7 at 25 °C). The four Cu ions and the amino acid residues surrounding the cofactor create a three-dimensional architecture that enables optimal energy transfer as well as proton and electron transfer in order to promote the ORR catalysis. During the ORR, the oxidation state of the Cu ions changes depending on the electron transfer from one Cu centre to another when molecular oxygen binds to them. Clear visualisation of the metal within the enzyme during the catalytic process is challenging, and it would allow observation of the cofactor behaviour and elucidation of the influence of the electronic structure in the final catalysis.

A longstanding goal of our research group is the establishment of new frontiers in in situ techniques for the characterization of bioelectrocatalysts and the elucidation of the mechanism underlying the complex electrochemical reactions in which they are employed.  In the present study, we used an unprecedented operando spectroscopic method based on X-ray absorption spectroscopy (XAS) in combination with electrochemical measurements to show that the redox activity of Cu ions in the carbon material-supported BOD proceeds under catalytic and non-catalytic conditions (Fig. 1). We first investigated the change in the oxidation state of the Cu ions under catalytic conditions, expecting that reduction of Cu2+ to Cu+ would match the potentials observed in the electrochemical measurements. Unexpectedly, we observed that the Cu ions reduction started at an overpotential of 150 mV. As a counterproof, we also studied the behaviour of the enzyme and the Cu ions in the absence of oxygen. In this case, the cofactor was reduced at a lower overpotential than that under aerobic conditions, indicating that the Cu centres act as redox-active electronic bridges for effective electron transfer from the organic substrate to molecular oxygen.

Fig. 1 – Assessing electron transfer reactions and catalysis in multicopper oxidases with operando X-ray absorption spectroscopy. a) Representation of the crystal structure (PDB: 2XLL) with zoom at the four Cu ions within MvBOD. b) Schematic representation of the synchrotron radiation. We have used XAFS2 beamline of Brazilian Synchrotron Light Laboratory (LNLS), a national institution responsible for operating the only synchrotron light source in Latin America. c) XAS spectroelectrochemistry. d) Simplified scheme showing the fundamental processes required to obtain XANES spectra in situ with bioelectrochemistry, with X-ray photoabsorption into a core level followed by photoelectron emission accompanied by fluorescence.

Inspired by the successful architecture existing in nature, where these metals have been participating in vital chemical reactions in living organisms over the ages, we now project technologies resembling those natural systems in order to achieve higher specificity and activity in chemical processes. We believe that the concept of three-dimensional interactions occurring in the enzymatic environment can be extended to electrodes (e.g. by synthesizing and constructing three-dimensional matrices with effective redox bridges instead of single atoms or two-dimensional materials), and that such studies can play a crucial role in the development of more efficient electrocatalysts for technological applications.

The full paper can be found here: https://www.nature.com/article... 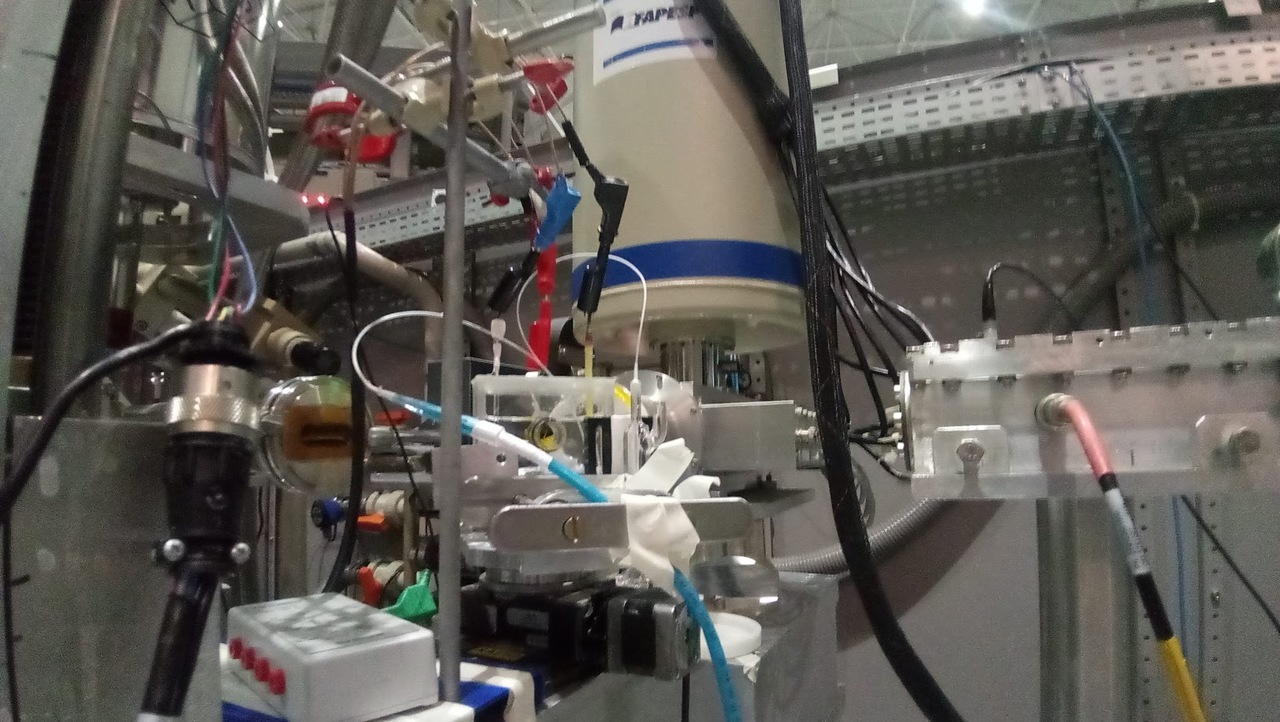