Enzymatic C–H oxidations have not enjoyed the same widespread appeal of transition metal or photocatalytic C–H oxidations. In the realm of terpene synthesis, there are numerous reports of selective C2 functionalization on complex scaffolds, such as sclareolide (1), a widely used chiral pool starting material.1-2 These methodologies represent an impressive feat, but C3 oxidation of sclareolide (1) would yield a direct route to the ubiquitous 3-(OH)-drimane motif found in over 100 terpenoids. Fasan et. al.3 and Bell et. al.4 have both reported P450BM3 enzymes that could catalyze this C3 oxidation, albeit in low substrate concentration and small scale (Fig. 1). Our quest was two-fold: could we make this enzymatic reaction feasible on multi-gram scale and what could we do with this oxidized product once we had it?

We took inspiration from Fasan’s P450BM3 enzyme and conducted a brief survey of several P450BM3 variants with similar mutations to identify our optimized enzyme, MERO1. One limitation we faced upon scale up was heavy reliance on expensive NADPH. We initially had planned to make use of synthetic NADPH analogues, but these were unsuccessful.5 We then co-expressed in E. coli a thermostabilized phosphate dehydrogenase (Opt13) which could recycle NADPH in the reaction.6 To our delight, not only did these conditions perform the desired C3 oxidation of sclareolide (1) in >95% conversion on gram-scale, but also a selective oxidation of sclareol (4) in a moderate 33% conversion (Fig. 2).

Past syntheses of C3-oxidized meroterpenoids have relied upon two strategies: biomimetic polyene cyclization or manipulation of the Wieland-Miescher ketone. Difficulties include low regio- and entatioselectivity and low ring formation yields.7-8 We believed that access to a C3-oxidized terpene skeleton such as 3-(OH)-sclareolide (3) or 3-(OH)-sclareol (4) would provide a viable workaround to these challenges.

To this end, we targeted representative pyrone meroterpenoids arisugacin F (6), phenylpyropene C (7), phenylpyropene F (8), pyripyropene E (9), and 5-deoxyterreulactone C (10) via common intermediate 5. We struggled initially to find reductive conditions to form the correct stereochemistry at C9 for these molecules, as two electron chemistry yielded the incorrect beta-isomer. Use of radical-based chemistry, hydrogen atom transfer (HAT) and Mukaiyama hydration, was key to giving our desired products in excellent diastereoselectivities (Fig. 3).

Our aim in this publication is to show what synthetic chemistry can achieve when you combine enabling transformations from disparate fields: radical-based transformations and enzymatic oxidations. The unprecedented regioselectivity of Fasan’s P450BM3 enzyme obviated the use of indirect A ring synthesis; the orthogonal reactivity of radicals compared to two-electron based methods provided an elegant manner to form key stereocenters and bonds in all nine meroterpenoid targets.

Have we piqued your interest? The full article can be found here. 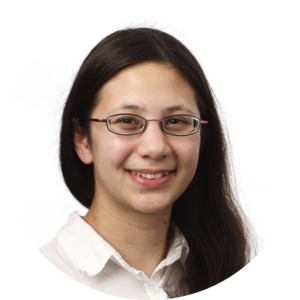