Everything started when I invited my former PhD supervisor, Patrick Rousseau (ion-molecule collision physicist in Caen, France), to collaborate with my new team to do some molecular photodissociation experiments at the intense XUV beamline of Lund University (Sweden) where I was doing my postdoc with Per Johnsson. Together, we wrote a successful beamtime proposal through the Laserlab-Europe initiative to study the fragmentation dynamics of adamantane molecules.

Adamantane is the prototypical diamondoid molecule, which due to its high stability is of high interest both in astrophysics and for nanotechnology. The molecule has a carbon cage terminated by hydrogen atoms and has the formula C10H16. We used femtosecond XUV pulses obtained via high-order harmonic generation to ionise adamantane.  Most of the molecules were singly ionised and some doubly ionised.  We measured the charged products of interaction by a double-sided velocity map imaging spectrometer enabling the collection of ion and electron momenta in a synchronous manner.

At the end of the beamtime we had collected really nice data and we started to analyse them meticulously. We realised at an early stage that we needed the help of theoreticians to understand the complex fragmentation pattern that we obtained. We then called upon the old alliance, Sergio Díaz-Tendero from UAM (Spain), to perform molecular dynamics simulations and potential energy surface determination. We also called for the new hope, Néstor A. Aguirre from Los Alamos National Laboratory (USA), to provide fragmentation energetics using statistical fragmentation methods. Their support gave a new dimension to and interpretation of the data.

As a main result we were able to show that the doubly charged adamantane molecule is metastable and will spontaneously dissociate. But, preceding dissociation, the cage structure will open and hydrogen migration(s) will occur (see figure above). In addition, we were able to assess the energetic picture of the dication processes thanks to the measured ion and electron kinematics combined with theoretical calculations, allowing us to discuss the internal energy distribution of the system.

Finally, we succeeded to get insight into the fragmentation dynamics of adamantane cations.

These results call for time-resolved experiments. We are about to start some (XUV-XUV pump-probe) at the free electron laser FLASH2 (beamline FL26) in Hamburg, Germany end of February, so stay tuned! 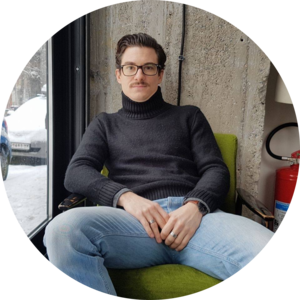