Diamond is the hardest material and is an insulator. On the other hand, graphite is a highly conducting material but very fragile. Is it not amazing that different forms of carbon have very different properties? The phenomenon of allotropy originates from different packing of the elemental units.
Kana M. Sureshan
Professor, IISER Thiruvananthapuram
Follow
Liked by Ruth Milne and 4 others

Similar to allotropism shown by elements, chemical compounds exhibit polymorphism, a phenomenon wherein compounds crystallize in different forms and often show different properties. Polymers have revolutionized the world! Packing a polymer in different topologies could be a way to make different forms of the same polymer that have different properties. Unlike small molecules, crystallizing a polymer is not an easy task in view of the entropic factors and polydispersity.

Our journey in this area started in 2012 when my first PhD student, Atchutarao, found that crystals of a monosaccharide having complimentary reacting groups viz. azide and alkyne undergo spontaneous topochemical azide-alkyne cycloaddition (TAAC) reaction in single-crystal-to-single-crystal (SCSC) fashion to give pseudopolysaccharide.[ii] The head-to-tail molecular arrangement and the proximity of the reacting groups azide and alkyne between adjacent monomers in the crystal are the essential criteria for the TAAC polymerization reaction.[iii]  Later we have designed many reactive monomers and used TAAC methodology for the synthesis of many crystalline polymers.[iv] Right from the development of TAAC reaction, we were almost certain that we would be the first to make polymorphs of the polymer via topochemical reactions.

Mohanrao, my hard-working PhD student, was working on various phosphoinositols and despite his hardwork, he was not getting any exciting results. He was under tremendous frustration; I think all of us have gone through that stage. That is the time when he decided to work on TAAC reactions and he made the diphenylalanine-based monomer and he could do a SCSC polymerization of this monomer.[v] He is a great observer and he found that the monomer is also a gelator for various solvents. He also found that the gels slowly transform to crystals and that too to different polymorphic forms. Hema, another bright PhD student, was inducted to this project and she decided to analyze the structures of all the polymorphs and their topochemical reactivities. Hurray! all the three polymorphic forms tested were having very different packing and in all the forms, molecular arrangements were favorable for TAAC reaction.  We all were excited and curious to know their actual reactivities.  Finally, the hardwork paid off; we could make three different crystalline forms of the polymer.

Have a read of the full article and let us know about your opinion!

S NAGARAJAN
over 2 years ago

Kana M. Sureshan
over 2 years ago

Thank you! It was really an exciting journey while developing this chemistry!

Kuntrapakam Hema
over 2 years ago

I had a wonderful experience while working on this project. Experienced Chemistry, Fun and Satisfaction all at the same time. Thank you Prof. Sureshan for your guidance and support.

Kana M. Sureshan
over 2 years ago

After all it is yours and Mohans hardwork that paid off. Congratulations to you! 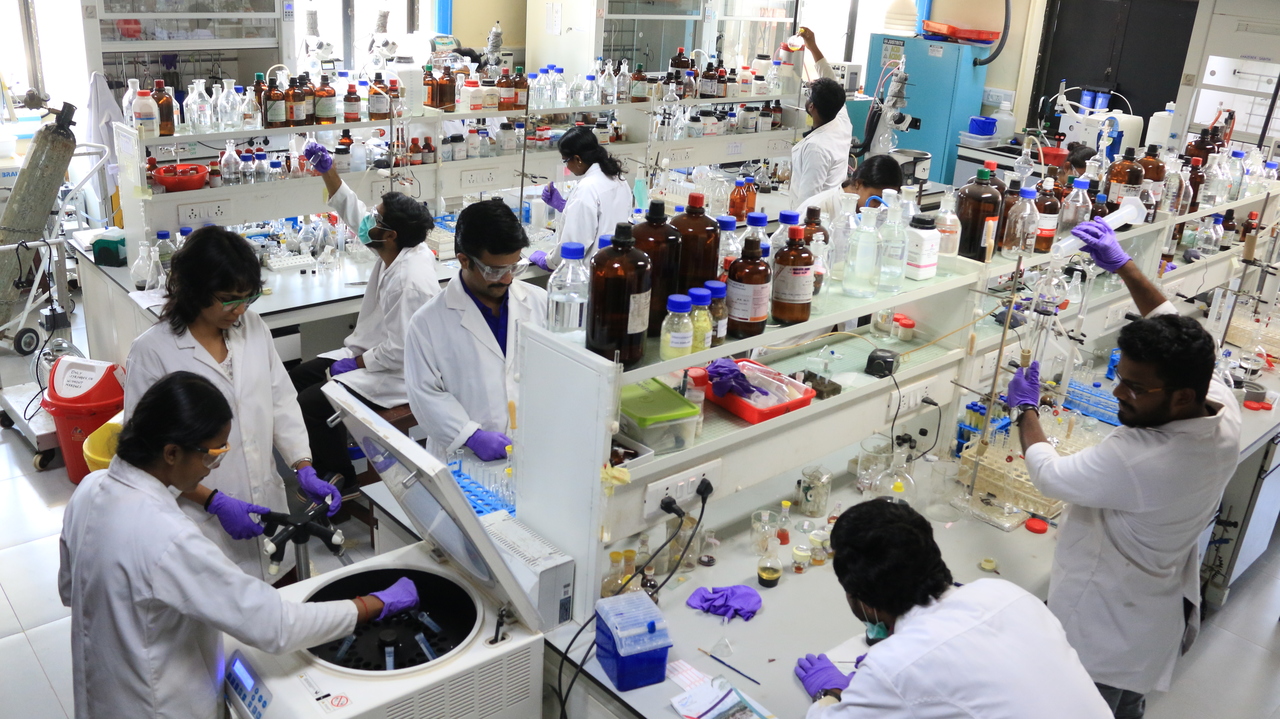 Diamond is the hardest material and is an insulator. On the other hand, graphite is a highly conducting material but very fragile. Is it not amazing that different forms of carbon have very different properties? The phenomenon of allotropy originates from different packing of the elemental units.