Water confined in nanospace behaves differently from what we commonly know.

Water is not only the most ubiquitous compound in nature but also the most vital material for humans. Scientists from various fields have investigated the behaviour and properties of water for hundreds of years. Because of our familiarity with water, understanding its properties may seem simple; however, this is not the case. For example, the density of water is the greatest at 4 °C and it decreases when liquid water transforms into ice. Moreover, water ice melts under pressure. Furthermore, water exhibit relatively high melting and boiling points. These behaviours are quite different from those of other liquids. Most of these peculiar properties can be explained by the directionality and energetics of hydrogen bonds, i.e., a weak intermolecular electrostatic interaction between electropositive hydrogen and electronegative oxygen atoms (Figure 1).

However, some behaviours of water continue to puzzle researchers. For example, the mechanism of skating, or the slipperiness of a water ice surface has resulted in long-standing arguments. The common explanation is that the melting water (resulting from pressure or friction heat on the ice surface) induces a reduction in friction on the ice surface. However, this explanation contradicts many observations. Recently, the researchers have discovered the existence of highly mobile water molecules at the topmost ice surface [1]. The mobile water molecules, which are bound by only two hydrogen bonds, continuously jump and roll around because of being powered by thermal vibration at the ice surface. Finally, the conclusion reached was that the topmost mobile water was responsible for the slipperiness of the ice surface.

Another aspect that warrants investigation is the state of water confined in hydrophobic nanospace. Since late 1950, researchers have been attracted by the mechanism of fast water transport across the cell membrane that has resulted in the discovery of membrane proteins called aquaporins (also known as water channels) [2]. Aquaporins contain hydrophobic loops in their structures and facilitate rapid and selective water transport. The high functionality of aquaporins explains the mysterious behaviour of water confined in a hydrophobic nanochannel. Theoretical investigations have revealed many intriguing observations such as interesting water cluster formation, rapid water and proton transport, and unusual liquid-to-solid (or water-to-ice) transition of the confined water [3]. These properties originate from the reduced number of possible hydrogen bond interactions in a nanochannel and negligible water–channel wall interactions (Figure 2). As a representative system, water-filled carbon nanotubes (CNTs) have been generally investigated by researchers. However, direct experimental observation of the crystal structure and proton transport is difficult for CNTs because of their poor crystallinity and high electron conduction.

Compared with CNTs, structural fabrication of nanochannels using coordination chemistry is a promising approach because of richness in structural designability, and the possibility of direct structural observation using crystallographic techniques. In the work reported, we used a rational bottom-up approach [4] and synthesised single crystals of a metal–organic nanotube based on oxidative polymerisation of a square-shaped platinum compound (Figure 3). The synthesised nanotube had a hydrophobic nanochannel with an aperture size of ca. 1.0 nm. Incidentally, we had constructed this nanotube for a different purpose; however, we later decided to use it for this topic on having a discussion with Dr. Taylor (who was pursuing postdoctoral studies in Japan at that point in time). We successfully managed to incorporate water molecules inside the synthesised nanotube, so that we could conduct a detailed investigation of the static and dynamic behaviour of confined water in various temperatures. Our nanotube experimentally demonstrated unique clustering structures, high proton mobility, and the continuous liquid-to-solid phase transition of the confined water. The results represent strong experimental evidence of the predicted behaviours of water confined in hydrophobic nanochannels.

Figure 3. Bottom-up fabrication of a synthetic nanotube using oxidative polymerisation of a square-shaped compound. The picture shows the single crystals of synthesised nanotubes.

Even now, the behaviour of water continues to be a mystery. Many difficult questions such as how pore size, shape, and surface properties of the nanochannel affect the state of the confined water need to be addressed. The structural tunability of a synthesised nanotube based on coordination chemistry can enable us to systematically investigate the properties of confined water. We believe that these findings will provide valuable structural and dynamic insights about molecular species confined in nanotubular materials that will facilitate in developing highly functional materials. 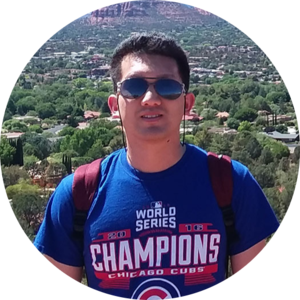