Like Jamie Foxx and T-Pain1, you have probably blamed it on the alcohol for all those morning-after miseries. As it turns out, those hangovers should really be blamed on the acetaldehyde. This seemingly-innocent molecule builds up in the body - after a night of binge drinking - when alcohol (ethanol) is converted by some protein molecules (alcohol dehydrogenase enzyme) in your heavily-abused liver.

Beyond hangovers, acetaldehyde is more useful in manufacturing chemicals for agriculture, surface coatings and synthetic polymers to name a few. With the continued growth in acetaldehyde consumption, it is projected that its market will exceed 1.4 million tons by 20222. Fret not — we don’t need to ask people to drink more alcohol - not that beer lovers will complain - to make more acetaldehyde. In fact, it can be produced by oxidizing ethylene, a hydrocarbon that can be found in the world’s most used plastic, polyethylene or PE.

This process, more commonly known as Wacker oxidation, supplies more than 85% of the global acetaldehyde production. To oxidize ethylene, you will need a homogeneous system containing water and a catalyst, consisting of palladium and copper ions, in the same solution. The catalyst, ideally, is regenerated and without it, the conversion of ethylene to acetaldehyde would not be possible. Despite its commercial success, this homogeneous Wacker system suffers from product separation difficulties and heavy environmental constraints from using excessive amounts of hydrochloric acid.

On the other hand, heterogenization (different phases: e.g. a solid-vapor system) by using metal catalysts supported on a class of microporous clay-like solids called zeolites is a potential alternative as it is chloride-free and results in easier product isolation.

The homogeneous system, however, is still widely used commercially because the catalyst solution can be regenerated continuously while the heterogeneous system deactivates much faster. Efforts to understand the mechanism of the process and how the catalyst works, therefore, are not trivial as they could help us design and engineer better catalysts.

If only it were that easy — the complexity of the heterogeneous Wacker reaction rendered its investigations difficult and the last attempt to study its mechanism was reported more than 25 years ago3. A lot of technological advancements have happened since and we could now re-investigate this process with the help of powerful synchrotrons, a kind of particle accelerator that produces intense beams of light more than a million times brighter than the sun. Here we use the X-rays to look through the solid catalyst by employing a technique called X-ray absorption spectroscopy (XAS), which is similar to how your doctor examines the broken bones you got from falling down the stairs due to that hangover. Shining X-rays into the catalyst allows us to observe the changes happening in the tiniest of details; that is, in the atomic and molecular level.

Traditionally, an X-ray scan would take tens of minutes but this is too slow to study fast chemical processes like Wacker oxidation. Fortunately, the SuperXAS beamline in the 14,000-square-meter synchrotron (Swiss Light Source, Paul Scherrer Institute) in a picturesque village in Switzerland lives up to its name and saves the day. Here we could take X-ray scans of our optimized catalyst4 in less than a second producing tens of thousands of shots (spectra) amounting to tens of gigabytes of data with just a few hours of measurement. This inevitably results in the generation of large data sets, which entails processing5 and analysis for months on end. Consequently, we are able to make a “movie” delineating the dynamic changes happening in the catalyst throughout the process, similar to how high speed cameras seamlessly record fast moving objects - imagine yourself with that undignified stumble - by taking lots of images per second. This allows us to know more about the roles of palladium, copper and oxygen in the Wacker process. For the first time, we have demonstrated directly that copper is the site of oxygen activation and is involved in the formation of undesired carbon dioxide in the heterogeneous Wacker process.

Not only could we use this mechanistic information to design more energy-efficient catalysts, but the synergistic combination of the state-of-the-art techniques used in this study could also be potentially applied to investigate other catalytic processes. As the first XAS study ever on heterogeneous or homogeneous Wacker oxidation, this could set a precedent for more future studies that could fill the gaps in the understanding of the process.

If your interest was piqued and you would like to know more details about our study, Wacker up then and read our open access manuscript here. 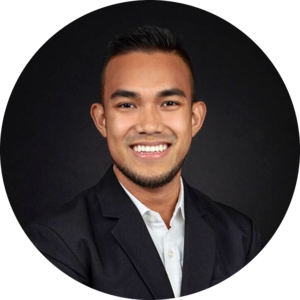