Catalysis plays a major role in our society as 80% of every man-produced thing has seen at one point of its life a catalyst. Chemists are in a never-ending quest to search for technologies to get new products for the chemical industry or improve existing processes. One of the major parameters that determines whether a process is successful or not is selectivity. It’s simple: if a process is selective it has a chance for success since it reduces the amount of undesired products. Homogeneous catalysts are among the most selective catalysts, and yet there are reactions that even the most efficient soluble molecules cannot do.

We have been mesmerized for a while by the relatively novel metal-organic frameworks (MOFs), one of the most compelling class of materials of modern chemistry. MOFs have the highest surface area reported to date and have a regular structure that allows a chemical control that is impossible with other materials. The idea that MOFs can be powerful tools for catalysis has been researched for a while by many groups around the world – including ours – but, in this new study, we wanted to show how such materials can do things that no other material can.

We started working on the hydroformylation of olefins since it is one of the most important processes in the chemical industry employing a homogeneous catalyst. It produces linear and branched aldehydes and selectivity generally is to the linear product. Our initial idea was to increase linear selectivity with MOFs even more than in existing industrial processes. However, when we started running experiments, we discovered that MOFs can be added to the reaction mixture and be selective to the branched product, which was not only counterintuitive, but also very exciting since branched selectivity can be obtained only with extremely complex catalysts.

Finding an explanation for this counterintuitive effect was not easy. Since the focus on hydroformylation was mainly to obtain linear selectivity, any information in the literature on branched selectivity with our system was hard to find. If the reaction is not selective to the linear aldehydes, it does not mean that it is selective to the branched ones. The results were very reproducible and we did all possible blank tests to verify that the effect was coming from the MOFs and not from anything else in the reaction mixture. After months, and thanks to numerous discussions with colleagues at ETH Zurich, we came out with the idea that maybe the concentrations in the MOFs are different than in the homogeneous phase and we asked our computational partner to see whether this was true. Eureka! Berend Smit and his computational team discovered that micropores could make some molecules – olefins – denser in their pores increasing their local concentration, while decreasing the concentration of the gas molecules CO and H2. After kinetic analysis and experimental validation, we found that such conditions are required to get the right kinetics for branched selectivity.

In addition to the interesting and unprecedented catalytic results in terms of selectivity, we think that this paper has a fundamental component that is important for the catalysis and catalysis by MOFs communities: The record surface area of MOFs and their micropores - which are their unique features - can be exploited to alter kinetics and selectivity of catalytic reactions. The experimental protocol is also straightforward since we “just” add MOFs to the reaction mixture and the magic happens. This discovery was possible especially because of the close collaboration between an experimental and a computational group. The methods presented can be in principle used to predict the effect of microporous co-catalysts in increasing selectivity in any homogeneous or heterogeneous catalytic reaction.

We sincerely hope that chemists with any background will pick this concept up and start exploring how MOFs can give selectivity that cannot be obtained otherwise so that we all can see such wonderful materials applied in real catalytic industrial processes. 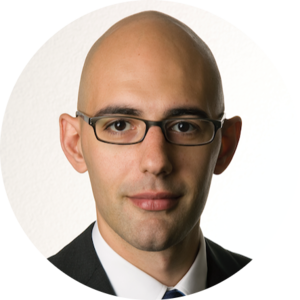