It would be highly desirable to pattern chiral conjugated polymers, particularly those with strong circularly polarized luminescence, in situ at micro/nano-scale with tailorable chiroptical properties as functional photonic elements to be used in chiral optoelectronics and nanophotonics. Symmetry breaking in photo-polymerization reactions from achiral monomers could be in principle induced by irradiation with CPL. Unfortunately, only small enantiomeric excess can be obtained in typical cases, as evident by their very small asymmetry factors (g<10-3). Up to date, it remains a great challenge for in situ photopatterning of such polymers with tailorable chiroptical properties in a feasible and economical fashion.

Chiroptical responses can be enhanced in chiral systems involving noble metal nanoparticles. At least some types of chiral amplifications can be attributed to chiral electromagnetic fields generated by optical excitation of chiral plasmonic nanoparticles. Great progresses have recently been made in fabrication of chiral metal nanoparticles and/or superstructures, and their applications such as enantioselective catalysis have been demonstrated. We anticipate that the optical asymmetry of these systems may also promote enantioselectivity as well as reactivity in photo-polymerization reactions. Moreover, the preference in handedness is dictated by not only geometry and configuration of the nanostructures, but also the wavelength of optical excitation.

In >span class="fontstyle01">, we demonstrate experimentally that the enantioselective photo-polymerization of achiral diacetylene (DA) monomers can indeed be achieved using cysteine-modified AgNPs, a chiral molecule-NP complex, as the symmetry breaker in the photo-polymerization of PDA. Importantly, the direction of symmetry breaking (the preferred handedness) could be reversed by varying either the chiral configuration of chiral ligands on nanoparticles or the excitation wavelength. Therefore, this allowed the chirality and chirality distribution of PDA films to be rigorously controlled by manipulating the relevant physical parameters (wavelength, intensity, and their spacial distributions) of the UV irradiation. Programmable patterns of PDA including chirality gradients and microarrays with tailorable circularly polarized luminescence could be readily fabricated. As shown in Figure, such patterned films promise a wide range of potential applications, such as high density optical storage (Fig. a), where information can be recoded in a four dimensional space, a programmable array with a 2D distribution of circularly polarized fluorescence (Fig. b), which could be used in 3D display or quantum communications, an enantioselective colorimetric sensor (Fig. c), which reports chirality of analyte with color changes visible to naked eyes, and gradient chiral surfaces (Fig. d), which would be uniquely useful in chiral separations and biomimetics.

Our finding not only opens a novel pathway for producing programmable chiroptical micropatterns, but also is highly valuable for deeper understanding of symmetry breaking in enantioselective photochemical reactions.

The link of the paper is: https://www.nature.com/article...

Figure. Schematic of photopatterning of chirality in PDA films and their potential applications. Highly asymmetric chiroptical PDA is obtained through enantioselective photo-polymerization assisted with noble metal nanoparticles. Arbitrary 2D patterns and/or distributions of PDA with tailorable chirality can be readily produced by controlling spacial distribution of UV irradiation. Various chiral PDA patterns could be fabricated as designed, such as (a) a microarray of chiral PDA, (b) a display panel with chiral fluorescence, (c) a clover-shaped pattern as an enantioselective sensor, and (d) a gradient of chirality. 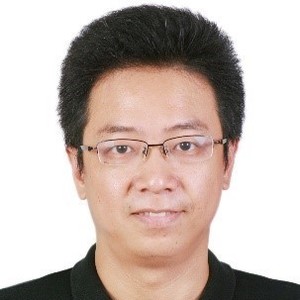