The paper we here introduce (https://www.nature.com/articles/s42004-020-0277-2) is describing two important developments of synthetic biology – one is unique transportation of substances across the lipid membrane, and the other is the automated observation platform for cell-sized liposomes based on the microfluidic device.

Widespread view of transportation across the membrane is passive diffusion. Namely, substances move to reduce the imbalance of the electrochemical potential. To transport molecules against the potential gradient, consumption of energy is required. For instance, some of membrane proteins transport ions or organic molecules against the concentration gradient by consuming adenosine triphosphate (ATP), a chemical energy source in living cells.

What we found is that without protein or other mechanics except for lipid membrane, some small molecules are accumulated in the cell-sized liposomes against the concentration gradient under a hydrodynamic environment (Fig. 1). The hydrodynamic accumulation was first found for uranine, a green fluorescent molecule, but surprisingly, an analogue of ATP was also accumulated in the cell-sized liposome. The results would encourage various research fields. For instance, accumulation of substances without proteins can provide easy strategy to supply energy source into cell-sized liposomes. In addition, since the system contains no complex molecular machine, this process of accumulation could be the key to solve the puzzle of the origin of life – how the earliest stage of protocells was generated spontaneously.

The project began with the open fracture of my left arm. I am now a Ph. D candidate, and actually, I worked on organic chemistry when I was in master’s degree. Synthesizing and purifying new phospholipids to prepare functional liposomes – that was my routine works. The disaster happened one month after submitting the master’s thesis. I slipped and fell off the top of the stairs resulted in an open Monteggia fracture (Fig. 2). After two surgeries and one month of hospitalization, I fortunately allowed to return to the lab. No wonder, however, there was no chance to synthesize phospholipids, and I got a plenty of time. This is why I worked on the construction of the automated observation platform. One right hand is enough to do programming.

Fig. 2 Representative radiograph of my left arm which emerged the paper later.

Developed system was termed MANSIONs as an abbreviation of “Machine-Assisted, Numerous, Simultaneous, and Interactive Observation of Non-equilibrium self-assembly” (Fig. 3). And when I checked the substitution process of the external solution with a fluorescent solution, I observed over half of captured liposomes showing stronger fluorescence intensity than that of the background.

At first, we did not believe the data truly. Because this data indicated that the concentration of the fluorescent molecule inside was higher than the outside, no wonder, this kind of transportation was far beyond the previously known passive permeation even upon some kinds of perturbation of the membrane under the shear stress. There were many candidates of artifacts. If I had not had plenty of time and the experiments had not been automated, I might have decided not to investigate further. MANSIONs reduced our psychological barriers to test the outrageous hypothesis that the external flow imbalanced the kinetics of permeation from inside to outside and vice versa. In other words, the fracture which I had experienced was the key of this discovery.

There should be many unexplored dynamics, which might be thought as ridiculous at the first sight. As a general perspective, lab-automation provide easy access to the repeatability and reproducibility of protocols and thus obvious merits for the integrity of scientific activities. This is true. Moreover, here we would rather emphasize that to lighten the labor-intensive processes can further encourage us to step toward unexplored surprising phenomena. 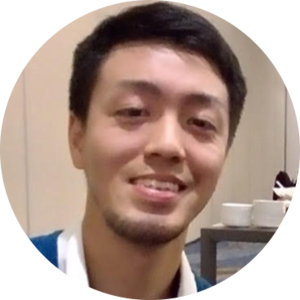