Benzene is not quite how we think it is

Benzene is a molecule at the heart of chemical culture, and a battleground for competing views on electronic structure. We applied an algorithm to extract Kekulé structures from a wave function, finding that electron correlation causes electrons of each spin to occupy alternate Kekulé structures.

I was a undergraduate theoretical chemistry student at The University of Sydney. In our fourth year, we attended research seminars, and I was particularly excited by a presentation by Bob Watts, who had recently returned to Australia after years in the US.

He explained the theory of diffusion quantum Monte Carlo (DQMC), which he applied to floppy molecules and clusters. This method exploits that the Schrödinger equation looks like the diffusion equation in imaginary time, and that after a long enough (imaginary) time, only the ground state is left. One simply has to diffuse an army of "walkers" in the coordinate space of the problem, with walkers dying or spawning depending on their potential energy. The really attractive thing about QDMC is that one would get all the correlation energy without extra effort. This was the answer to electronic structure!

I soon learned that it could not easily be applied to electrons, because electrons are Fermions. That means that the wave function would need positive and negative parts to allow it to change sign upon exchange of like-spin electrons. Others had tried, using fixed nodes for instance, but I was ambitious. I would need armies of positive and negative walkers that were forbidden to interpenetrate. Each walker army would be related to another by permutation of electron coordinates (of course this method would scale factorially with the number of electrons! But I did not care, because it was interesting.)

I realised that the shapes that these armies would take in the 3N-dimensional space of the wave function would yield structures for molecules that mimic hybridised orbitals. Four same-spin valence electrons around an atom would arrange tetrahedrally, leading one to interpret double bonds in the Pauling way - as bent or “banana” bonds.

My academic trajectory took me away from theory, but I continued to play with these ideas. A chance encounter with a book by Linnett, published in 1964, that was sitting on the shelf of my laser lab in Basel, led me to realise that others had seen electronic structure in a similar way (by coincidence, Linnett was the doctoral supervisor of my undergraduate supervisor, George Bacskay). Linnett’s double-quartet theory is what I was seeing from MO wave functions.

In a scramble to be competitive for an academic job, I published on using a Voronoi diagram to separate same-signed walker armies, and then my ideas lay dormant for another decade until a change in university gave me new opportunities.

One of my first students at UNSW Sydney was Yu Liu, who I assigned to what would be known in the group as the “crazy wave function project”. Bringing a card-carrying theorist on board in the form of Terry Frankcombe (UNSW Canberra), we developed the Voronoi idea and showed in 2016 that one could arrive at all sorts of intuitive chemical structures, resembling Lewis/VSEPR models using MO wavefunctions and the dynamic Voronoi diagram. It was particularly pleasing to reproduce Linnett’s structure for dioxygen (above). A very similar algorithm was demonstrated by Arne Lüchow’s group in Aachen only a few years earlier. 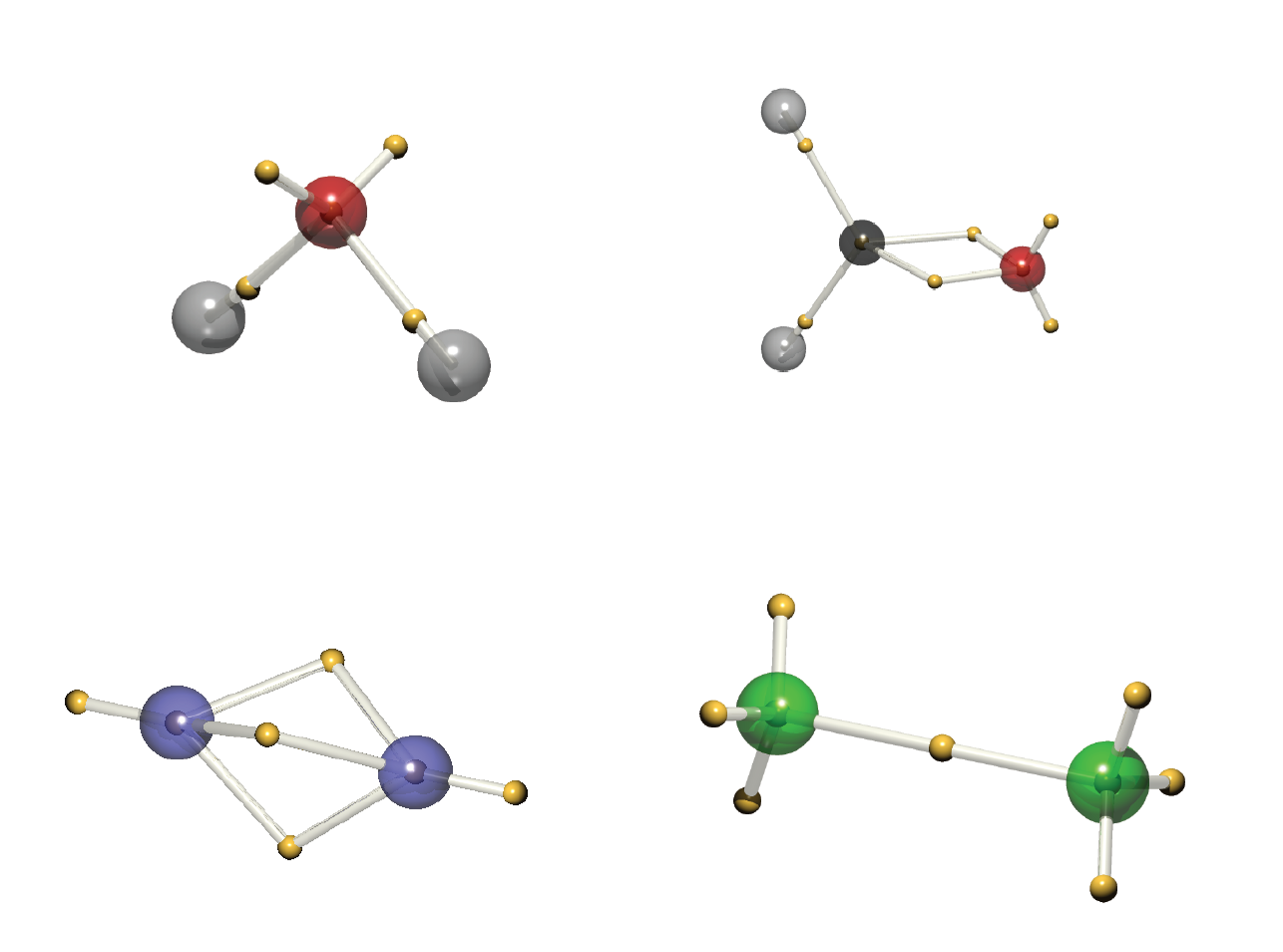 To attack larger systems, we needed a faster algorithm, and this is where Phil Kilby came in, from CSIRO's Data 61, in Canberra. He wrote a restricted “Hungarian algorithm” which would deal with N-factorial permutations in N log(N) time (we call this the Canberran algorithm).

Since Lewis structures emerged from our calculations, I wondered how a reaction might look, and if the "curly arrows" I learned as an undergraduate had some basis in calculation. This was published in an earlier Nature Communications article (spoiler: Yes! Curly arrows emerge from MO wavefunctions).

All of this is the back story to our latest paper, where we looked at benzene. Since our algorithm yields Lewis structures, it was natural that it would yield Kekulé structures, but the answer would be ambiguous about whether the two spins should occupy the same or different structures.

What we decided to do was look at the occupancy of regions in the 126-dimensional space of the electrons, divided up by a Voronoi diagram where the sites consisted of each of four Kekulé structures (two eclipsed and two staggered), and their permutations. Thus the 126-dimensional space was divided into 4×21!×21! = 1040 tiles, but we kept the walkers in just four of these using the Canberran algorithm. 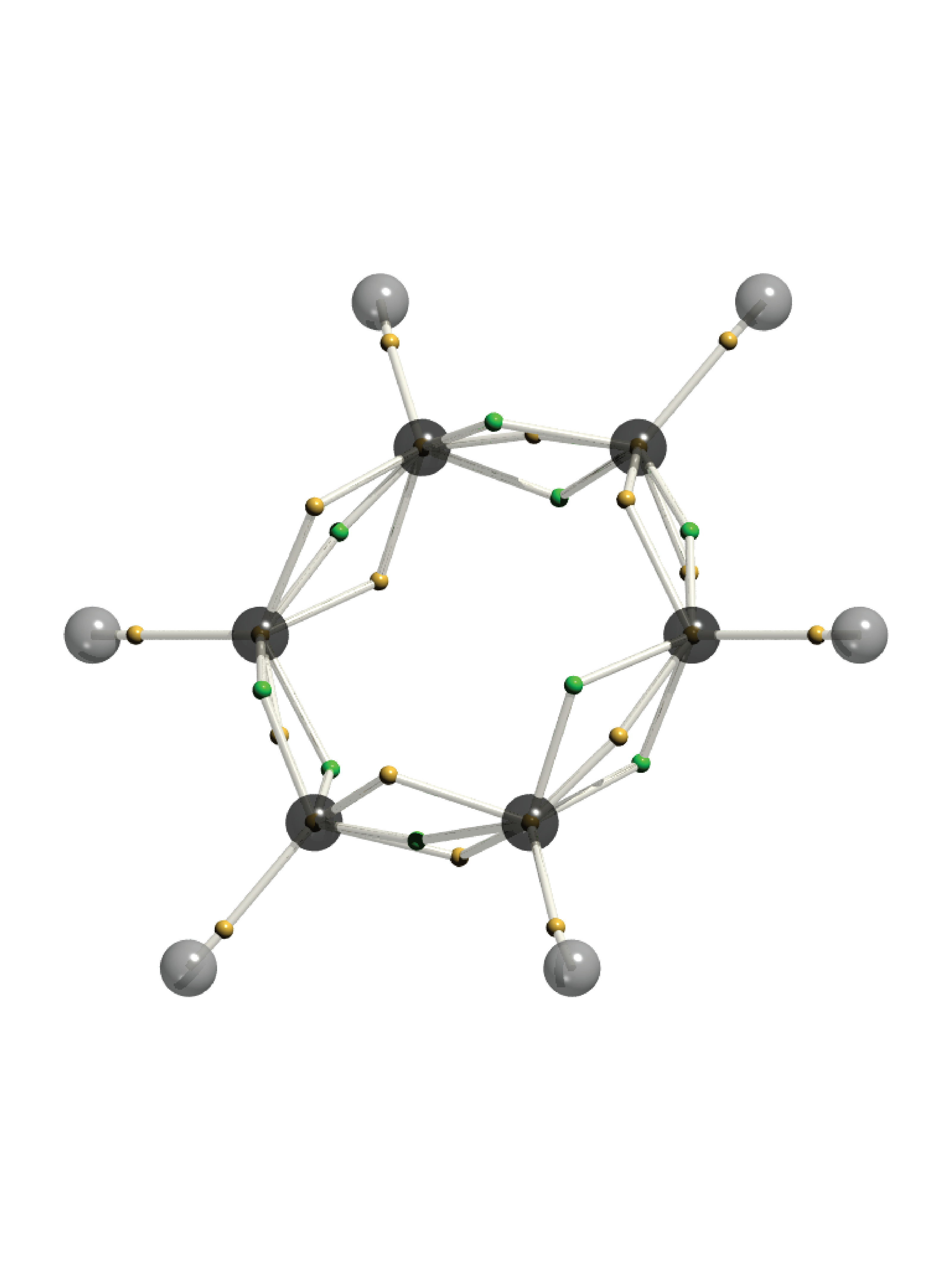 On adding more configurations to the wave function, we saw that the electrons started to prefer the staggered Kekulé structures, because the electrons try to avoid one another due to Coulomb repulsion. This is not how most chemists think about benzene, or indeed any other system that exhibits resonance structures. We speculate that similar effects would be seen in other classical resonance cases.

Ultimately, the take-home message is that electrons are not paired when they don’t have to be!