In 2017, Lively and Sholl proposed the idea of organic solvent forward osmosis (OSFO)1. At the same time, our group was conducting experiments to demonstrate the feasibility of OSFO by using common solvents, ethanol, isopropanol and hexane2. However, the relatively low solvent flux and high reverse solute flux were not desirable for an effective separation process. Thus, we attempted to modify the membrane in order to overcome the permeability and selectivity trade-off and to achieve better separation performance.

Inspired by two works in our group3,4, we turned our interest to macrocyclic molecules, where they have intrinsic cavities that may function as molecular sieves. We then started to search for some macrocyclic molecules that could have excellent chemical interactions with the polyamide network. Cyclodextrin is a commonly used type of macrocyclic molecules, but it only possesses hydroxyl groups that are difficult to be reacted or interacted without any modification. Crown ether and cucurbituril are less common and they do not have suitable functional groups either. Calixarene, in contrast, can be modified to contain sulfonic groups, which might have ionic interactions with the polyamide network. Envisioning the suitable cavity size for molecular sieving, we decided to try sulfocalix[4]arene (SCA) first. The SCA functionalized TFN membrane displayed a significant decrease in the reverse solute flux, but its ethanol flux still remained low. From field emission scan electron microscopy (FESEM) images, the thickness of the polyamide layer decreased dramatically after incorporation with SCA. Moreover, the intensities of free volume and void of the polyamide network were confirmed to be larger with SCA inside using positron annihilation spectroscopy (PAS).

Why was the ethanol flux still low even though the selective layer became thinner and looser? We postulated that the cavity size of the SCA was smaller than the kinetic diameter of ethanol so that it would block the passage of ethanol. In order to validate our postulation, we found another type of calixarene, i.e., sulfothiacalix[4]arene sodium salt (STCAss), whose phenolic block is linked by sulfur atoms instead of methylene bridge. The optimized structure drawn using Material Studio® suggested that the cavity size of STCAss was slightly larger than the kinetic diameter of ethanol. Eventually, the results of the OSFO performance showed that the ethanol flux increased and the reverse solute flux decreased by incorporating STCAss as we expected. We further demonstrated the enhanced size-selective molecular sieving properties by measuring the diffusivities of water, methanol and ethanol as well as testing rejections towards probing molecules. 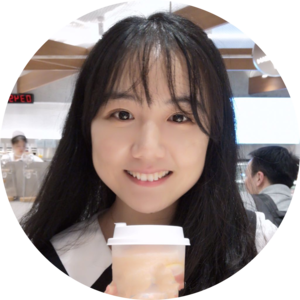