Synthesis of protein-polymer bioconjugates in a syringe

Protein-polymer conjugates are designed to merge and express the functional and structural characteristics of both their synthetic and biological component. Several methodologies have been employed to yield such chimeric biohybrids following either grafting to or, grafting from protocols. When the targeted protein-polymer conjugates are amphiphilic (i.e. Giant Amphiphiles), a number of additional limitations - including solvent compatibility and efficient isolation/purification - are introduced to the inherently low-yielding reactions involving biomacromolecules. To overcome such limitations, we previously reported on an ATRP approach which allowed for the quantitative synthesis of amphiphilic protein-polymer conjugates. Nevertheless, the application of this widely used polymer chemistry methodology, necessitated deoxygenation typically achieved via freeze-pump-thaw and/or inert gas sparging which, translates into trained personnel and sophisticated equipment and can potentially cause protein denaturation or loss of enzymatic activity.

In our recent publication “Protein-polymer bioconjugates via a versatile oxygen tolerant photoinduced controlled radical polymerization approach”, we address these issues and provide a versatile approach to synthesize protein-polymer bioconjugates. We report on the first oxygen tolerant photoinduced copper mediated RDRP approach yielding protein-polymer bioconjugates in quantitative yields. Our studies initially aimed at the photoinduced synthesis of Giant Amphiphiles and for this reason we focused on the well-studied BSA/styrene model system (Scheme 1). Following several unsuccessful or low-yielding experiments, turning point in this study proved to be the use of a common plastic syringe as reaction vessel: this system proved to be efficient, versatile and simple and allowed for the hundreds of the optimization reactions that led to the final protocol. Scheme 1 depicts three model reactions yielding BSA-polystyrene Giant Amphiphiles under UV light, blue light, or even the bright sunlight in the balcony of our laboratory!

Using this newly developed approach we were able to graft a wide variety of monomers from four different proteins/enzymes (Scheme 2) and produce uniform nanoreactors in the case of Giant Amphiphiles, as well as diverse hydrophilic and responsive bioconjugates. Our studies are now focusing on the full exploitation of this system toward applications spanning from drug delivery to nanoreactors. 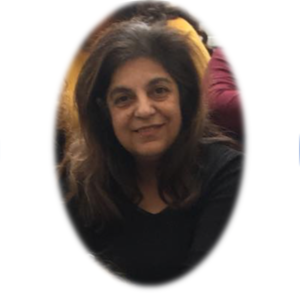